John Kerry is an expert on foreign policy, and his speech at the DNC convention last night, supporting what Barack Obama’s presidency has done in the foreign arena, was as strong and heart-felt as I’ve ever heard from him. Kerry used a sharp rhetorical delivery, fiery in blasting the Republican Mitt Romney, comparable to a great rhetorician of ancient Rome, Cicero. John made his points rapidly, chose his words carefully, and highlighted just what an exceptional job Barack Obama has done (in the often complex foreign arena).

Kerry’s tone was determined and forceful right out of the gate. The Socratic method of rhetorical, loaded questions, such as Cicero employed when addressing the Roman senate, was employed brilliantly by John, as he contrasted the fudging Romney against the accomplishment-oriented Obama. Listen for the clever way John used the word Exceptional or Exceptionalism to forge his argument (bandying about multiple shades of gray, making Romney look like a buffoon and Obama appear like a strong, caring leader). 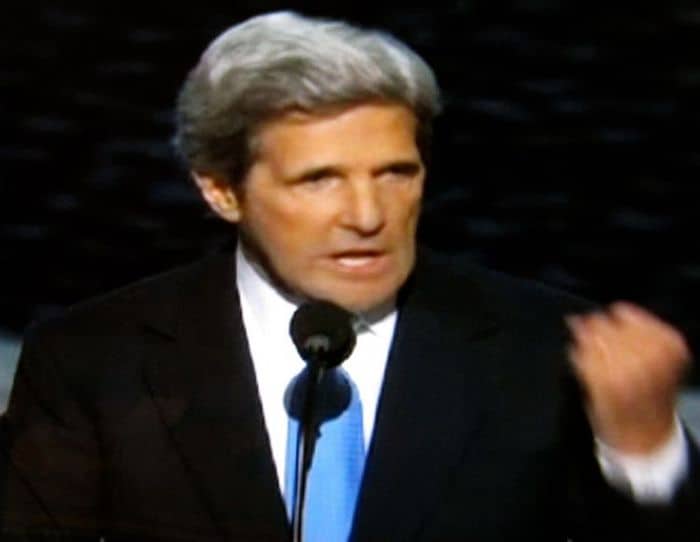 Some of the achievements mentioned by Kerry were so obvious, all he had to do is say it and you know it’s true. Barack did end the War in Iraq; you know how horrible it was, but you may want to revisit some of those moments just so you can realize how important it is that Obama finally shut that operation down. I don’t need to tell you how significant it is, that the current administration killed Osama bin Laden; it couldn’t be anymore crucial to our goal of neutralizing al-Qaeda, which is just what we’re doing.

Some more subtle points of foreign policy, favoring the wise strategies utilized by Obama, is the way he handled Libya and the eradication of the cruel and irrational dictator, Muammar Gadhafi. The President used restraint mixed with diplomacy and built a coalition of allies to rid ourselves of this Rat. There wasn’t one single American casualty! Another item, not very well known, is a treaty (Obama signed) with Russia, reducing the threat of nuclear weapons.

Moreover, Kerry was quick to point out that Mitt Romney has waffled with his stance on Afghanistan and waffled on his supposed approach on Libya, where he first said Obama should have intervened quicker, then he reversed his position and said he (Barack) was too aggressive. John blew off a little steam (in reference to his own 2004 campaign) when he quirked with pige of irony: “Talk about being for it, before you were against it.” And boy did Kerry score some big points when he reminded us about Mitt Romney’s overseas trip last summer, which turned out to be an absolute fiasco!

Mitt is the only one to see the Russians as our enemies and was the only one opposed to Obama’s new START treaty, calling for nuclear arms reduction. Does he believe the Cold War is still raging, or maybe, does he wish to start a new one once again? Kerry’s last point was another good one, Obama has provided our troops with the tools and training they need to get the job done, and one final point, has made them feel respected when leaving the arena of war and returning to the States.

This is not something John Kerry experienced (or other veterans) when returning home from Vietnam. What I see, is that Obama is returning the US to a nation that seeks peace and cooperation with the world, not more and more useless, endless warfare. John Kerry did an exceptional job in highlighting a very successful implementation of foreign policy by our President over the past four years. So many ills needing to be undone.