NewsBlaze News
Home Thoughts Opinions Is Christine O’Donnell an Ace Up the Sleeves of Democrats?

“She came from behind and won this race because of her unwavering support for the principles of freedom. She wasn’t afraid to stand up the establishment and she overcame some pretty nasty attacks.” Jim DeMint 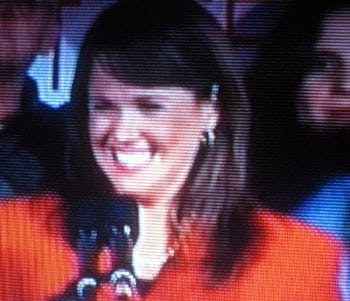 Christine O’Donnell’s dramatic victory is hard to understand, but is based upon the wish of so many people to go against the grain, to challenge the establishment in Washington DC and even the establishment of the Republican party. The net effect of this Tea Party destruction in Delaware is the creation of a sharp demarcation in the Republican party, between moderate conservatives and extreme conservatives.

O’Donnell’s victory may be an ace in the sleeve for Democrats, who can sit back and watch the Republicans squabble on ideological grounds, where civil war will undoubtedly break out. Political pundits are declaring Democrat Chris Coons as the next senator for Delaware, ahead of November’s election. But will O’Donnell’s stunning victory build momentum over the next few weeks?

The Republican Nostradamus of a strategist, Karl Rove, is peeved with the O’Donnell victory. “There’s just a lot of nutty things she’s been saying that just simply don’t add up. I’m for the Republican, but I’ve got to tell you, we were looking at eight to nine seats in the senate. We’re now looking at seven to eight. In my opinion this is not a race we’re going to be able to win.”

Strange indeed. Is the Tea Party really a part of the Republican party, or are they almost a new party, that better resembles the Libertarians? No taxes, small government rap. And is Christine O’Donnell a clone of Sarah Palin? Her double in Delaware. This situation is evolving as I type. Pat Buchanan made an interesting observation this morning. The last time this type of ultra-conservatism wave happened in our political history was with Barry Goldwater in 1964. “Extremism in the defense of liberty is no vice.”

And yet this phenomenon, the new-right, is different, is totally new. There’s more of a Christian tint to it. I sense that traditional Republicans will have to cave in to the whims of the more powerful Tea Party movement. I do know that if compromises are not made, the Elephant will be hopelessly split in two. Naturally, Democrats will be loving it. But Democrats better watch there back! Something new is going on here? Something scary! The popularity of a new populist woman like Christine O’Donnell, with not much in the way of credentials, could sweep the country like the Great Flu of 1918.

Voter turnout will be the key on November 2nd. Maybe Christine’s paradoxical rise to power will bring the Blue Bears out of hibernation. Especially young people will need to take at look at what this lady stands for, and see if there’s any substance around, before we continue with this ruse of grassroots populism. What are her views on immigration, middle-class tax cuts, or health care reform? Or does she even have any of her own ideas?