Fazilka, a small township near India Pakistan border made history. Fazilka become the first to implement another unique concept of “Car free city” in the region. City centre i.e. market area nearby clock tower has been declared “Car Free Zone.” No motorised four vehicles and heavy vehicles will be allowed to move in this zone for 12 hours during day time. Special emphasis through traffic calming devices and permanent barriers at few locations has been installed to make this zone as pedestrian and cycle friendly.

Credit for the successful implementation of this concept goes to Mr. Anil Sethi, newly elected President of Municipal Council Fazilka. Fazilka city and its residents are already doing many activities to promote Non-motorised vehicle (NMV) for transport within the city. 21st century is governed with the agenda to pacify the affect of Global Warming and I am sure Fazilka town is going to be the flag bearer for the cause of suppressing effect of Global Warming through energy conservation and transportation. 77-80% of the air pollution is contributed by transportation sector alone.

Last year, through one week long “Fazilka Heritage Festival” this experiment as a part of case study was conducted by Graduates Welfare Association Fazilka (GWAF) by keeping same city central zone as car free zone. Study revealed that, this experiment had not just improved the quality of social life but also improved the law and order, environment through less air pollution emitted, economy and road safety of the residents. As a part of study and analysis random sampling was done under randomized controlled conditions. 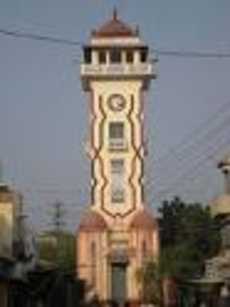 Communities that are NMV-friendly are seen as places with a high quality of life in the society. NMV-friendly communities are places where people feel safe and comfortable riding their cycles and walking for fun, fitness, and transportation. Encouraging NMV is a simple way towards improving public health. With more people joining NMV, communities experience reduced traffic demands, improved air quality and greater physical fitness. In addition, NMV-friendly towns are often seen as most safe place to live. “The aim to create car free zone and also to promote NMV mode of transport within city to build bridges between the prosperous sections of society in the city and the less well-off,” said Anil Sethi. He is already taking strong action against the decision of building Road over bridge within city limits. No European and American city has built flyover within their city from last 15-20 years.

Eco-cab (Dial-a Rickshaw) is another successfully implemented concept, in which cycle Rickshaw has been introduced as Public Transport System using latest Intelligent Transport tools. For the next year, GWAF is all set to send the nomination of Fazilka Mayor for the award of “Worlds Best Mayor,” as people of Fazilka have already done that what famous mayors like Enrique Penalosa, mayor of Bogota, Colombia, Elmar Ledergerber, Zurich, Switzerland and much appreciated Lee Myung-bak, Seoul mayor, current President who initiated the project to remove the elevated highway/flyovers and restore the Cheonggyecheon water stream under urban renewal and beautification have done.

ABOUT US
NewsBlaze is the alternative business and world news newspaper, with entertainment, music, politics, and the latest breaking news and videos.Visit the NewsBlaze Pressroom to see NewsBlaze in the News
Contact us: [email protected]ewsblaze.com
FOLLOW US
© Copyright (c) 2004-2021 - NewsBlaze Pty. Ltd.
Posting....
Go to mobile version