Alright, so I have to face the fact that James Earl Ray drove exactly the same make and model car I did (back in the day), a 1966 289 Ford Mustang. Furthermore, the only difference is that Ray’s Mustang (allegedly purchased by Ray at Raul’s request for a gunrunning scheme) was white, mine was yellow. This isn’t such a big coincident, lots of people drove this popular car back in the late 1960s.

(Switching over to the right topic),In lieu of MLK Day making an appearance on our calendar today, I took a trip back in time over the past few days, and examined Martin Luther King’s painful and controversial assassination once again, to see if I could make any sense out of it. I never could before, but I thought I’d give it one more try. 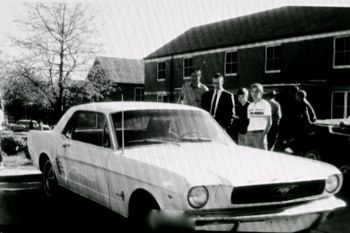 These past few days, I experienced many of the same profound doubts or misgivings that I’ve always had, and which I haven’t been able to shake off ever since April 4, 1968, perhaps even more so. I did, however, manage to find three representative documents, that both support the theory that James Earl Ray acted alone (preposterous!), and that postulate elaborate theories of a vast conspiracy to eliminate the charismatic Civil Rights leader in a flash, before he could turn the country inside out, upside down (or so these powerful men believed).

Therefore, I will provide some annotations for you on these three unique examples of historical interpretation, then I’ll let you loose to give them a good once or twice over, an examination for yourself. It’s perplexing how totally different, if not entirely opposite, these point of views are, but one should know, it just goes with the territory of interpreting what (we think may have) happened to MLK and James Ray (1968), where a sequence of seemingly random events alters American history completely, and not in such a so positive fashion (I might add).

AMERICAN EXPERIENCE: ROADS TO MEMPHIS (Produced and directed by Steven Ives. Largely based on a book by Hampton Sides, Hellhound on His Trail – First broadcast on PBS on May 3, 2010) 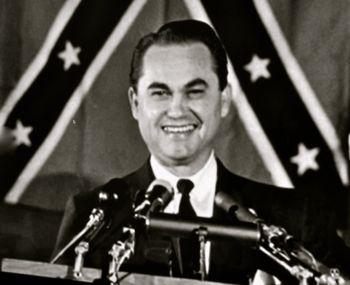 This documentary is well done, but since I’ve been studying this case for forty-four years now, I knew it was more representative of what they were leaving out, rather than choosing to keep everything in, as we are aware of (from accumulated research). There’s so much they did not get right, I don’t even know where to begin!

I wasn’t all that surprised to see Gerald Posner try to pigeon-hole Ray into a role of a lone assassin, filled with racial hatred, who then systematically stalks King, in wait for an perfect opportunity to shoot him. But Gerald (and everyone else in this documentary) make(s) all the wrong calls!

Roads to Memphis would have you believe that what was primarily pushing Ray’s button, what motivated him most, was George Wallace and his racist last stand for Dixie; this is an ugly chapter in our nation’s history, which we can not easily turn our eyes away from. The oddest and most illogical twist on the remaining evidence of Ray’s movements (after escaping from Missouri State Penitentiary), is the way they explained away Ray’s disjointed (and nonsensical) travels across the United States (especially the South), Canada, and Mexico. 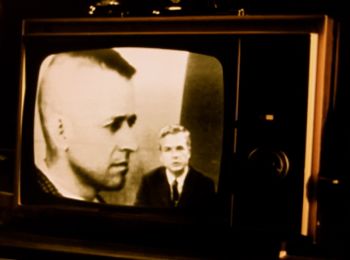 How did Ray get all this money to travel so freely and to purchase so many items, if he wasn’t hired by some shady individual to go here or go there, buy these car(s), stay at this sleazy motel, buy this gun, buy these binoculars? Someone was pushing his button and it looks to me like it was Raul.

A very valuable document. Loyd Jowers was convicted on December 8, 1999. William F. Pepper had a wealth of evidence to convict him. The assassination of MLK was orchestrated at Jim’s Grill. Jowers was in the eye of the hurricane, but didn’t know exactly who was behind King’s assassination.

Through the years, William F. Pepper has managed to sort out many of the details by cross-referencing key eye-witness testimonies; terrorized witnesses who’ve had to live a lifetime with their own nightmare of how they were manipulated like carnival puppets into making an unknowing contribution to King’s tragic, premature death.

Black detectives and firemen were moved out of place, the Memphis Police stood down, as military intelligence engineered the shooting from a clump of unsightly bushes (which were rapidly cut down). This is how it happened, I’ve come to believe. J. Edgar was a primary culprit in the plot.

This has been suspected all along, but Pepper discovered that Hoover (by way of Walter Fauntroy) had ‘commissioned’ the CIA and military intelligence associated with Operation Phoenix (an assassination outfit used in Vietnam) to oversee a domestic job in Memphis.

There is proof of the Green Berets’ presence in Memphis on that sad day, April 4, 1968. I believe every bit of this: J. Edgar was the mastermind behind King’s untimely elimination! I will always remember one piece of evidence as going against the grain for a regimented, status quo template of Ray as a lone assassin.

There are dozen of others, but the owner of Canipe Amusement Company, Guy Canipe, has always claimed the suspicious bundle of Ray’s, which contained the purported rifle (used in the killing), actually was dropped down ten minutes before the resounding rifle shot, which was heard at 6:01 PM. Ray was having a bad tire repaired on his white Mustang (at the moment King was shot). 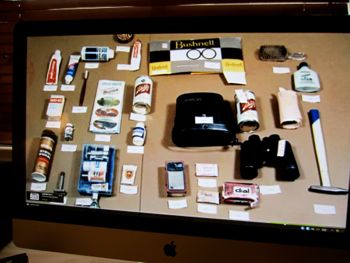 Of the three documents, this is my favorite one. Is Raul a real person? I believe he is. By fitting in Raul (to the puzzle of MLK’s assassination) as the one pushing Ray’s button for his widely erratic movements across the Americas, it makes a lot more sense to me. Raul was setting Ray up to take the fall for MLK’s assassination. Who was Raul working for? Probably, the CIA or U.S. military intelligence.

And I bet you James thought about the possibility that Raul was just such a man, but Ray was on the lam, a prison escapee who had nothing to lose and so much to gain (if he thought he was included as an operative directly working for the powerful individuals who needed to curtail the lethal mutations of history, where social and racial justice will finally come into play). 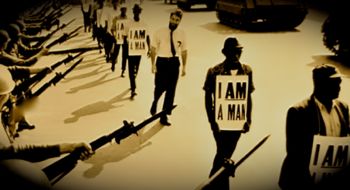 Thus, I believe Ray’s association with Raul was the Real Deal! Did Ray knowingly let himself be set-up by Raul? I believe there’s truth to this also. The assertion (by Roads to Memphis) that Ray was a nobody who wanted to be a somebody rings true in this context.

James sensed something big was going down, but he didn’t know exactly what it was. As he casually drove out of Memphis (he didn’t realize King had been shot yet) in his snazzy white Mustang (Lee Iacocca must be turning in his grave!), hundreds of Memphis Police squad cars (with cherries flashing) zoomed past him.

Thousands of profound connections must have cascaded through his dizzy brain, as he sized-up the full dimensions and frothy frame-up of a clever operative, known as Raul to him…*(Eureka! The Birth of Punk Rock in Austin too!)

Orders to Kill – The Truth Behind the Murder of Martin Luther King, by William F. Pepper at American Buddha Online Library