Should The Department of Education Add ” Astrology ” to Curriculum ?

The new generation of young adults face possibly the most important problem in their lives, which is finding a mate. Pensacola Florida’s Prophet – King Nazir Muhammad, an advocate of using unconventional methods to solve problems, today suggests The Study of Astrology as a means of solving this problem.

As many may known, one can buy a book on astrology at any book store in the world. And many practice this belief system on their own, but never has there been a serious study of the subject in grade school. Imagine if upon reaching middle school students where introduced to the basic study of Astrology. Although some parents may be hesitant to agree, we have to be honest that finding a mate is an essential part of human life and is something that should be taken more seriously. 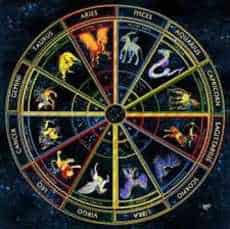 As it stands, young adults pick mates at random based upon physical appearance and stereotypical likes and dislikes. But with astrology, one would look deeper into the nature of the person, because as many may know, some people simply do not match. And astrology, although not being 100% foolproof could explain why this opposition exists between certain people.

For instance, Astrology says that Virgos And Libras are a mismatch because of personality traits that exist in both. And if people knew this beforehand, the disappointment of this mismatch could be avoided just knowing the person’s birth sign. In the dating scene it is considered a cheap line to ask a person “what is your sign” but Muhammad believes it to be the most valuable question to ask – and astrology agrees.

Muhammad believes the study of astrology should be added to America’s educational system beginning in grade school. This is the age that most mismatched relationships begin and defines the future outcome of relationships. It creates a lot of disgruntled young adults. It would be worth trying, to help cut this problem in half by offering students an interesting way of looking at creating more healthy relationships.

Astrology is not only interesting, but fun to learn, because one learns to notice the traits in themselves and others, which were invisible to them before. But as noted, astrology is not a 100% foolproof solution but as students study, they could become a master of the overall idea. And choosing friends, jobs, lovers etcetera is all about knowing yourself and with this study one could become more aware of who they are and where they fit in life and with whom they fit.

This could be a very interesting direction for students to take as they enter into this new 21st century dating scene which most people will attest to is sure to end up with a high percentage of mismatches. Prophet Muhammad says he is working with local teachers to prepare a proposal to Florida’s Department of Education on integrating an introduction course into the public schools.

Aside from the hocus pocus that has surrounded astrology in the U.S., Muhammad says he recognizes that Astrology’s five thousand year old history has shaped many powerful civilizations. And it is a tool that could be used to put into perspective that match-making is a science that has to be studied and developed. Muhammad believes astrology is one of the most useful human sciences that can be used to accomplish this otherwise very difficult task.

We will have to wait and see if the Department of Education is progressive enough to agree.