I have been examining the matter of reparations for Blacks in America based on the King Nazir Muhammad approach. Yes,there is a moral element to this, but Muhammad’s approach has made it clear to blacks and whites that it is not a concern for the U.S.Government.

It is a matter that rests between blacks here in America and Blacks in Africa, and between them alone. The part of this issue that would concern America is the “Economic” impact this could have on America as a whole.

Consider this: Could Reparations in the form Muhammad presented, be obtained by African Americans from Africa? The influx of residual revenue into the U.S. economy would then be huge, and it would energize the struggling U.S. economy indefinitely.

Simply put, Blacks love to spend money, and they are extravagant and constant spenders, just like anyone “when they have it to spend.” Also, it could be that, through Muhammad’s approach, it is discovered that blacks can lay claim to land in Africa.

If that were the case, they could sell, or better yet “lease” that land to developers – and even more money would come to them, and then straight into America’s economy.

There would be a massive increase in the buying of real-estate, clothing, cars – you name it – in America. The masses of blacks in America have unprecedented buying power potential, but lack the money to do so. There is no way they would want to move to Africa, because all the “goodies” are in America.

Although it would take some work to win this case, it could be possible – and the rewards would be great. 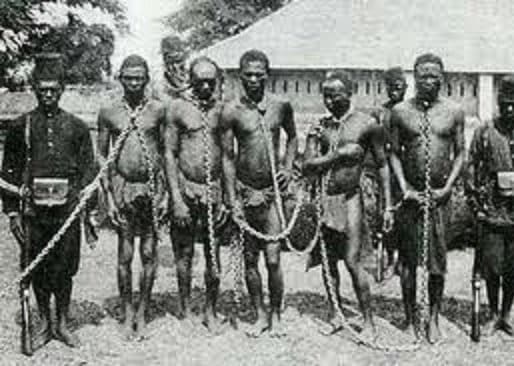 It would be in America’s best interest to support this cause because of the economic benefits alone. And I’m fairly sure blacks actually love America, they just hate not having the money to live the way they desire and enjoy the finer things in life.

It is Muhammad’s theory that his ancestors who were brought to the U.S. as slaves, were more valuable than we have been led to believe. And with some support, blacks will have access to historical records that could prove that fact. They could then legally force Africa to return their inheritance that was unjustly taken from their ancestors (i.e. Reparations).

In this, America as a whole would benefit greatly – financially – because the reparations revenue would flow from generation to generation. It would never take from America’s economy, but instead would add to it.

The masses of poor blacks could very well become the saviors of the faltering economy and this would eliminate their dependence on government assistance. Next, the government money that blacks wouldn’t need anymore could be diverted into paying off America’s growing debts, thanks to the president and Congress. Finally, America can begin to replenish its savings account (so to speak).

So the economists should think this over, seriously. If they see any logic in it at all, they could construct a detailed outline of what the success of this endeavor to claim reparations from Africa could do for America’s Economy.

Then blacks could use that outline to gain government support, as well as support from the American people (Blacks and Whites alike). And that support will then energize and begin to assemble the minds it would take to present an effective case that would win in court.

Finally, this age-old discussion would be closed, and America could begin a new era of peace between the races that many believe will only come after this issue is settled.

There is one other important thing. As the overwhelming majority of blacks love the democrat way of doing things, they should be happy to pay a large percentage of their windfall profit in taxes, to support any blacks who are unable to get reparations. They can also support poor white people.

There will be winners all round! What a concept!