“Live life to the fullest as you don’t know what tomorrow will bring…Life is short Death is Forever.” Debbie Flores-Narvaez-Facebook page

At first I thought the case of missing Las Vegas showgirl Debbie Flores-Narvaez was merely two-dimensional. Her disappearance on December 12th could be easily explained by an abusive boyfriend, who knew that she could nail him in court on battery charges, so he decides to remove her from the picture. But yesterday ABC News broke with some new information that turns these earlier theories on its head. 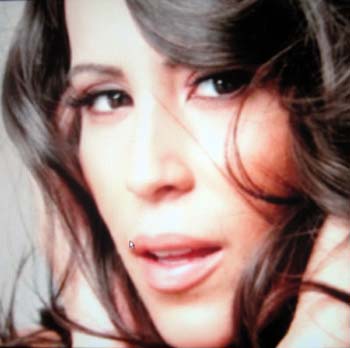 That is, and I don’t know if I’m making myself clear, after yesterday ABC transformed this seemingly simple case into a multi-dimensional one. I was stunned to hear two new clusters of information, reported by Andrea Canning with ABC News. You will want to read Police Continue Search for Missing Las Vegas Showgirl, Ex-Beau Is ‘Person of Interest,’ by Andrea Canning, Jim Vojtech and Suzan Clarke. It comes with both an article and video coverage. Nearly fainted myself!

I had recorded Nancy Grace from Tuesday night, and the broadcast was emphasizing the abuse by Blu on Debbie, that was culled from police reports. I’m not downplaying this evidence, I think it’s significant, but woe is me, the tentacles of the ‘big picture’ have grown. In any case, what Jason ‘Blu’ Griffith did to Debbie on October 22nd is despicable. He “knocked her down, kicked her, and pulled her hair, resulting in bruising…her hair being pulled out.”

True, horrible, violent abuse. But it is curious that Debbie had gone over to Blu’s ex-girlfriend’s house that night to confront him. Apparently, he was having an affair; don’t know if it was with this ex-girlfriend or with some other lady? It must be emphasized that Debbie and Blu were still going out together at this time. But this was a passionate, confrontational visit, and she must have upset Blu a great deal. 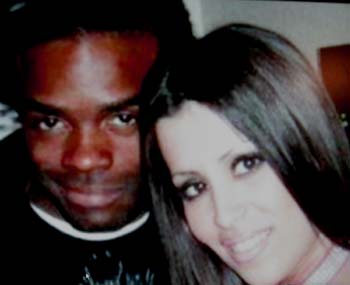 I heard she was following him in a car. An odd twist, I will suggest. Debbie must have been very mad, and rightly so, but this is aggressive behavior that could be interpreted as a little over-the-top. I’m seeing this ‘unusual behavior’ from October 22nd in light of the newest information obtained by ABC. By now you will know what I’m talking about. Debbie had done these types of things before. She has faced charges of disorderly conduct and harassment before.

ABC didn’t really elaborate much on what this was all about. Moreover, they said she owes tens of thousands of dollars. Once again, the exact total of financial debt was not disclosed, nor did they say who she owed it to. Naturally enough, the question arises, why was Debbie racking up all of this debt? One would think she was making pretty good money dancing with the Luxor Casino in the burlesque show Fantasy.

She should have been making enough to get by, I’m thinking, without going into debt. This debt changes the picture considerably. And the most shocking thing of all is that four individuals (3 men and 1 woman) “had requested protective orders against her and three of the requests were granted (ABC article).” This is unbelievable! Debbie was harassing these people, why? It must have been severe or they wouldn’t have gone to this much trouble to press charges like this.

At first we are told she was an NFL cheerleader, had a masters degree in finance, had a law degree and was a highly successful showgirl in Las Vegas. Yes, these credentials are real, but now a different side of her is exposed. I’m dumbfounded, was she a female Dr. Jekyll and Mr. Hyde? This is the only conclusion I can come up with; did she live two contrasting lives?

Tomorrow is Christmas Eve and most of us want to relax our minds and turn away to lighter and happier matters. I thought I was beginning to do just that, until I heard about this pile of debt and these harassment charges on Jane Velez-Mitchell last night. This was a two-dimensional case at first glance, now it’s a multi-dimensional one. I may need to read a passage from the Maltese Falcon tonight for guidance. Suddenly, my eyes divert away from the boyfriend Blu and scurry over a wider landscape of dubiosity.