From his recent shoot of a reigning beauty queen’s engagement announcement to doing a movie poster, Filipino photographer Rodney Torres from Manila is starting to make an imprint in the world of celebrity photography. He primarily considers himself as a dramatic portrait photographer at heart who takes commercial assignments from anywhere in the world.

As a self-taught photographer, he has dedicated a large part of his time learning on his own and applying the technical concepts and ideas to his photography since 2017.

The question others frequently ask him is: “Where did you hide your skills all this time?” Rodney shares that he people ask him when and how he decided to shoot portraits of persons after becoming a businessman and a family man after all these years.

Does it really matter how old a person is before he/she decided to become a photographer in one’s life?

The answer is NO. Age is not the determining factor is revealing one’s talent and skill in the photography industry.

The photographs of Rodney Torres are great examples showing this. 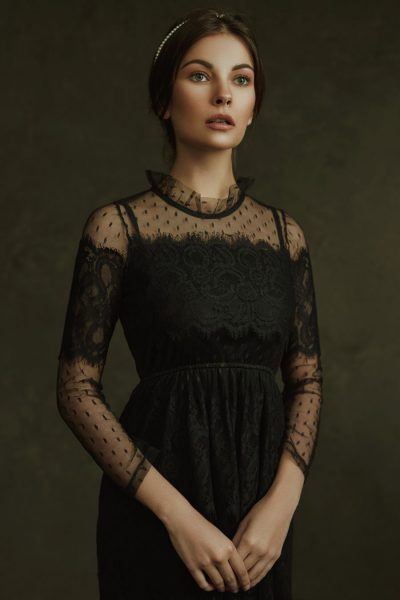 Rodney studied in Ateneo all his life. He entered one of the top schools in the Philippines located in Katipunan, Quezon City in 1984. He spent his elementary years at Ateneo Grade School from 1984 to1992 before moving up to Ateneo High School from 1992 until 1996. He finally moved on to the collegiate level inside the huge campus at Ateneo de Manila University from 1996 until his graduated in 2000.

He was a consistent honors student from grade school to college. “Looking back at my years of studying, I am thankful that my parents chose to put me at Ateneo most importantly during my grade school years where the Jesuit education had a big impact how I grew up,” Rodney discloses.

“For the greater glory of God and being a man for others sum up my grade school years.”

Striving for academic excellence while being socially responsible has left an impact on Rodney Torres. In high school, he became a varsity table tennis athlete. During his freshman year, Ateneo finally won the UAAP, PAYA, and PRADA championships after many years of coming up short. He also served president of his class while maintaining his honors status.

“Ateneo de Manila has always reminded and taught us that we are student athletes rather than prioritizing being an athlete first and being a student second.”

His formative years trained Torres to be responsible and independent. “I was a studious student,” he shares while grinning. “In studying, I always asked myself a question about the subject matter I was studying. If I couldn’t answer it satisfactorily, then I would make it a point to review the topic again many times until I was able to understand it first before I could eventually memorize it to heart.”

Discovering The Love For Photography

Rodney, unlike the other photographers in the Philippines, started his career in photography rather late. Most of his peers in the local scene started doing professional photography earlier or have been in the industry longer than he has.

“I wanted to take photography seriously after I graduated from college in 2000,” adds Rodney. Just like his fellow graduates, he went on to work in a corporate environment as it was the normal thing to do for everyone graduating from college. He worked for the top corporations in the Philippines: Coca-Cola Bottlers Philippines, Inc. and San Miguel Corporation. As a sales analyst from the National Key Accounts Group of Coca-Cola, he transferred to San Miguel as a sales executive at the Central Key Accounts Group handling key accounts of the biggest beverage conglomerate in the country.

Working for one of the top 5 corporations in the country, particularly in the sales division, meant pouring in long hours six to seven days a week. “It was normal working 12-16 hours a day and doing that every day when there are events to attend to after work,” Rodney shares. “Working there for a couple of years taught me persistence, hard work, responsibility, accountability, handling customer relations, leadership and eventually running my own business. I believe that my education and how my school formed me since my grade school days prepared me for life after school.”

The long, stressful work and business environment on a daily basis over the years, perhaps led Rodney Torres to his newfound love with photography. After shifting from the corporate workplace, he moved into business in 2006 and opened a franchise from the top local Chinese quick service restaurant, Chowking. Aside from this, he had other business endeavors that he was managing. By this time, Rodney who already married his longtime girlfriend back in December 2014, had one daughter.

He discovered his passion for photography when he first bought his Canon EOS 350D DSLR camera as a means to release the stress from his busy schedule. At first, Torres was originally drawn toward travel and long exposure night photography. “My wife and I loves to travel. During our trips abroad, I always go out at night when everyone’s already sleeping and take my camera, tripod and shutter release cable to roam around taking those long exposures at night,” Rodney shares. “My wife sometimes went out with me to take photos on her point and shoot camera,” he adds. “Shooting at night was the perfect time as it gave me a calm and peaceful quiet setting. It gave me this serene mood that always made me feel relaxed and energized at the same time.”

Perhaps it was the way the light played across the landscapes, nightscapes, landmarks or the communing with nature in peace and quiet; whatever it was, Torres eventually fell in love with photography. He devoted and balanced his time with businesses and work while being a husband and father to his daughters and being a photographer.

It was in 2011 when Rodney started bringing giclée print technology in Manila. In his early efforts, the prints resulting from his sharp eye as captured by his camera and hours dedicated to carefully retouching his photographs, were more than disappointing. The prints done by the current photo labs in Manila failed to capture the depth and tones that Torres could see so clearly in his retouched images from his color calibrated monitors and devices. Never one to give up, Rodney searched far and wide for a way to duplicate the stunning photographic prints he’d seen firsthand during his travels in Europe.

Eventually, Torres discovered giclée – a large format fine art, archival quality printing process that conveys the depth and realism of life in the printed photograph. These prints turn out to be vibrant and fade resistant that the prints are expected to last a lifetime. Eager to share the process with in the Philippines, Rodney started the corporation, Giclee Manila, which ultimately became the exclusive Manila distributor of Hahnemuhle, Breathing Color, Moab Paper, Somerset and Canson Infinity. “It is truly wonderful to start another business venture where you also get to enjoy and pursue your passion in photography where I get to meet many traditional artists, photographers, digital artists and photography lovers such as myself,” Rodney says.

Giclee Manila empowered Rodney Torres to print the powerful images that had been aching to be set free from his camera. His photography reached new heights in visual reality.

Rodney Torres shifted his focus to portrait photography in the middle of 2017 during summertime in Manila. There has been a growing need in Giclee Manila to show more print portfolios of people rather than just still life or landscapes, cityscapes and landmarks. There had been a growing number of customers who availed of the giclée prints to give them as gifts to their loved ones. These were usually family portraits. Rodney saw the need to get people portrait prints as part of Giclee Manila’s portfolio. Rather than getting photographers as endorsers and seeking licenses to use their images, Rodney decided to finally take the photographs by himself. This eliminated the need to pay for the licensing fees and avoid added expenses for the company.

Recently, Rodney Torres was approached by VIVA Films and VIVA Artists Agency to shoot the photos for the official movie poster of the controversial film, “Jacqueline Comes Home.” It is a movie that tells the real life crime story of the Chiong sisters from Cebu City in 1997.

When Binibining Pilipinas Intercontinental 2018 beauty queen Karen Gallman became engaged to her beau, Ian Garton, in June of 2018, she contacted Rodney Torres to shoot the all-important surprise engagement announcement photos. Her beautiful images are splashed all across Instagram and the various online news agencies in Manila. These photos clearly evoke the feelings of love and joyousness expressed by the newly engaged couple.

Making A Dent In the Scene

The usual feedback compares his photographs to paintings by European master artists such as Rembrandt, Vermeer and others from the Dutch masters era. The photographs are influenced by the use the traditional painting techniques sfumato and chiaroscuro.

Rodney Torres always tries to bring out the best way or angle to bring out the beauty and depth inside everyone, regardless of age, gender or diversity. His growing portfolio demonstrates such talent and creativity that one is tempted to drop everything and fly to Manila simply to sit for the master who is Rodney Torres.

His arrival to the photography scene was delayed but the important thing is that the talented photographer Rodney Torres has arrived.

The only lingering question is, what’s next for this talented photographer? The only thing for certain is that the future is bright for Rodney Torres.

Ms. Wheelchair America Kicks Off in Eerie, Pennsylvania on August 14

Hero in Focus: Former Child Soldier On Mission To Save Congo Wildlife