NewsBlaze News
Home People Humanitarian Spotted a Car with the Number ‘7’ or ‘2’? It can be...

Next time you find yourself walking down the streets of Dubai and spot a fancy car with the number ‘7’ or ‘2,’ stop for a second. You may have just crossed paths with a personality who is playing an important role in ushering new dawn in Syria. Mohammad Makhlouf, often known for his opulent lifestyle, is embarking on a path of altruism where he is keen on changing the lives of millions of people in the war-torn country. 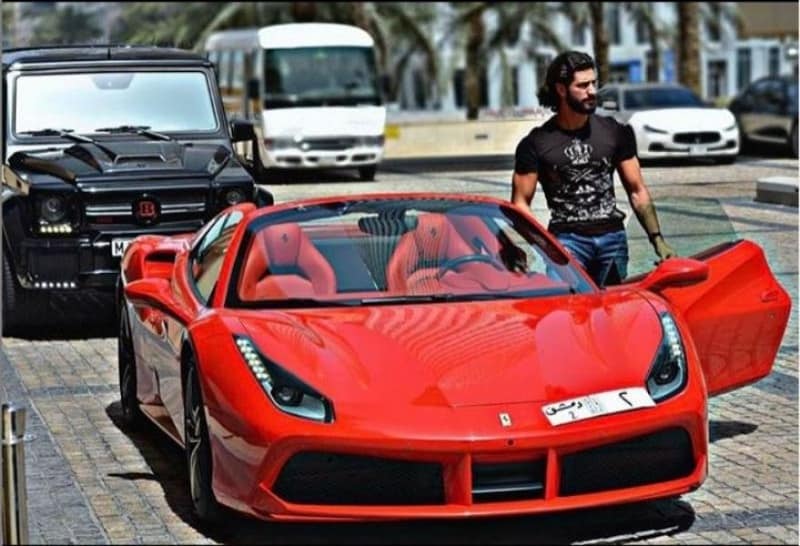 Mohammad Makhlouf was born in Damascus in 1997 into a family known for its businesses in Syria. Having been raised in a family that owned and managed major companies across the country, he developed his keen sense of business acumen starting at a young age. He built on it further by pursuing a degree in business administration from a leading institute in Dubai in 2009.

His desire to pursue the entrepreneurial path was also intertwined with his resolve to do something for the people. This keenness to help others resonated with him to a level that it became a defining philosophy for all of his businesses. Makhlouf profoundly believes in changing people’s lives and taking every opportunity to help those in need.

Makhlouf is the co-owner of Milk Man Dairy Products – one of the largest dairy companies in Syria and also the co-founder of Future Builders. However, he is more known for his charitable pursuits. He founded MRM Charity – an organization that has worked endlessly towards the betterment of the people. Makhlouf has also developed a stadium in the port city of Latakia where children can go and play for free.

His inspiration to build that stadium perhaps stemmed from the fact that Makhlouf saved a two-months-old baby’s life from a devastating fire in the Afamia Rotana Resort in Latakia. He acted just in time as the doctors later confirmed that had there been any delay, the baby would not have survived. Makhlouf sent more ambulances from his charity hospital to aid the rescue efforts. To this, he adds, “Knowing that you can change a person’s life with a little help is rejuvenating, and gives you a different perspective about money. It puts meaning to getting money because it gives you the opportunity of helping people.”

His most ambitious project to date is the MRM Holding. Set to be launched in 2022, it is a construction company that has already generated a lot of hype. It has only one clear goal – to rebuild Syria from the ashes and give people a better life. Presently, it is the only company in the country that has managed to get investments well before the launch. It is currently in the final gear but certainly appears to be on the right track.

In personal life, Makhlouf likes to indulge in golf and traveling. He is an avid collector of luxurious cars, and it is not uncommon to see him sporting a luxurious car on the streets of Dubai.

For his efforts towards the betterment of people in Syria, Makhlouf was deemed as Syria’s Most Charitable Individual in 2018 and was honored with the Al-Amal Award the previous year. His belief towards creating a significant change carries him closer to his mission.

Lola Tillyaeva, the Social Activity of a Philanthropist

Mother Teresa: A Servant of God