Not all leaders can be trained into becoming one. Some are born to lead the way. These are the people with an inherent approach to guide people and shape their lives, show them the path to success and fulfillment. Such natural leaders are true inspirations for human society. Meet Steve Holbrook (pictured). An entrepreneur, leadership trainer, and a life coach. While presently, he is regarded as one of the prominent names in the business of leadership training and recruitment, it was much later in life that he realized his true potential. 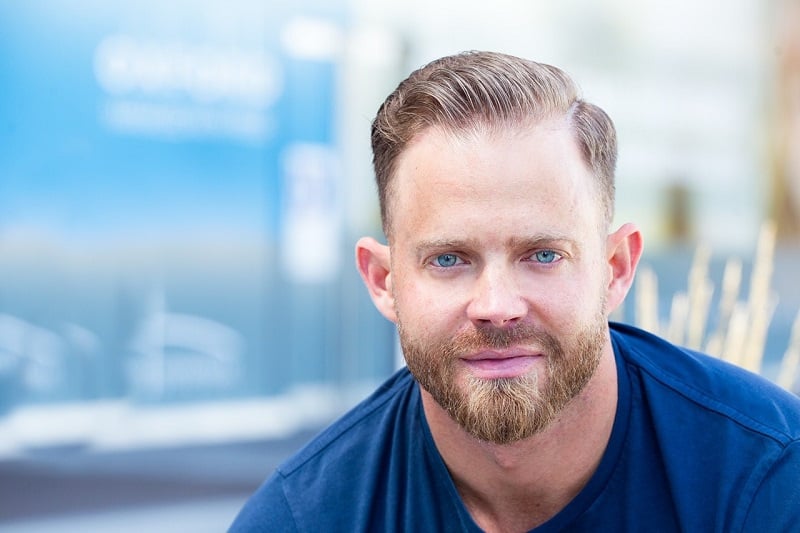 Born in Calgary, Canada, Steve was diagnosed with Crohn’s disease at an early age of two. But that never dissuaded him from taking his own path of life. He graduated with Bilingual Bachelor of Commerce in French and English, with major in International Strategy and minor in Business Law.

Steve was never inclined towards the typical ‘9 to5’ job and wanted to carve his own niche. The only job he ever did was to work in a restaurant for a brief period. By the age of 23, he started his own business in the insurance industry. He initially started with 10 licensed representatives and over the last 14 years, he increased his team size to 300 reps and 10 offices across Canada. His agency has a network of 250 individuals in the insurance industry in Canada and the United States.

Steve Holbrook used his education, experience, and natural leadership skills into training and mentoring people to grow and succeed. Over the years, he became an expert in building leaders in the business and helped his own team members learn the art of performing well in their profession.

He attracts, trains, retains and develops regular professionals into leaders who can take the journey ahead. One of the major and most significant areas of his coaching encompasses mindset and mental toughness leadership training. According to him, it is the mental approach that one takes which can make or break him.

With Steve Holbrook’s guidance, individuals can increase their identity, set life and professional goals, focus on their success, bring positive change to live and do a course correction of their careers as well as their lives.

As of today, Steve engages in building an online community of and with people whose primary focus is to improve life. He mentors hundreds of people every day across North America through Zoom online meetings. He attributes his training skills to Ed MYlett who is a powerhouse influencer and a show host.

Steve Holbrook has also been nominated as one of the top ’40 under 40′ by the Avenue Magazine for three consecutive years, highlighting him as one of the most accomplished and successful individuals under the age of 40. He was also featured in a book titled “The Truth about WFG” by Steve Siebold, one of the top leaders in the company he is associated with.

Steve’s recognition as a mentor and coach is not limited to mainline media, organizations, and individuals but has spread to the online world. He is currently one of the fastest growing social media influencers in Canada.

Despite multiple hospital visits and surgeries, he continued to chase his dreams. Steve never let his physical condition demotivate him. With his focus, hard work, and a strong desire to build, he remains a true leader whose life and work continue to inspire all.