From the smallest idea to the biggest invention that alters the way of life, innovations are the only constant that runs this world. But the real innovation is the one that takes the present towards the future and changes the way people perceive things. And such innovators are the real drivers of the society who make the world future ready.

Omar Al Mohammed is one such name in Bahrain’s lifestyle innovation space. Omar has been a rising star not only in his country but among his neighboring countries too, owing to his recent innovation of Ghafarado – Middle-East’s first-ever fully functional smart home. Located in New Juffair, in the capital city of Manama, the one-bedroom apartment boasts the latest in IoT with interconnected appliances and devices, all voice-controlled and designed by Omar. No touch is required, even with a smart phone or smart watch or while driving, your voice is the controller solely. The technologically sound and aesthetically rich property has put Bahrain’s name in the spotlight as the first step to becoming a smart-home hub. 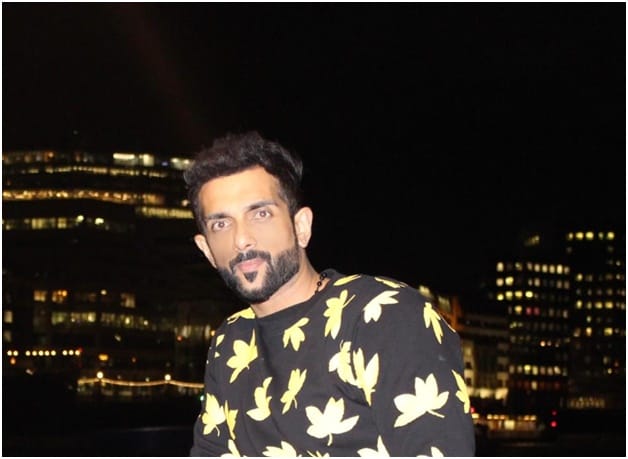 But this hi-tech home is not what Omar Al Mohammed is all about. The 35-year old individual is a multi-talented personality who pursued a number of career paths. He is a nutrition advisor and skincare consultant, model, dance choreographer, personal coach, innovator, and entrepreneur.

Growing up, Omar was always interested in dance and music. At the age of 17, he had his first dance performance at The Dome in London, where he became a regular performer. At this time, he also worked on a number of music videos. During this time, he was also approached by Divine Modeling Agency in London which opened up his career path of modeling. As a part of his six-assignment series, Omar appeared in commercials and promotions of Tropicana, Nike etc. He has recently completed extensive shoots for regional brands in the Gulf region.

Soon, his focus shifted towards his own health and wellness. He dedicated himself to fitness and took up the first aid course, completed diploma programs in Nutrition and Food Hygiene & Safety. Working in different places among different communities, Omar realized what it takes for an individual to reach their true potential and thus became a personal coach.

He also worked as a cabin crew with Gulf Air, at Fitness First, and various sales and marketing roles with leading names like Sainsbury’s, Selfridges, Burger King, BHS, among others.

In 2013, Omar joined a semi-government organization, where he continues to work in a full-time capacity. But it was his own innovative streak that earned him recognition. As a child, he would always break open toy vehicles, robots, and machines to understand how they worked. This curiosity continued as an adult and he connected a robotic vacuum cleaner to his smartphone. The video went viral on Facebook and gained immense popularity.

This affirmation gave him confidence into using his innovative mind for something bigger and better that would not only bring him in the limelight, but also his country. As a personal ambassador to the Kingdom of Bahrain, Omar decided to bring major changes to the living space and the way people perceived lifestyles. And that was when Ghafarado was born. It took him a year to complete the first-ever smart-home of the Middle East and bring Bahrain into the spotlight.

Omar is currently working on two new projects, ‘The Glass’ and ‘The O.’ With his multi-faceted personality, ingenuity, and innovative ideas, Omar Al Mohammed is setting an example for all young innovators.