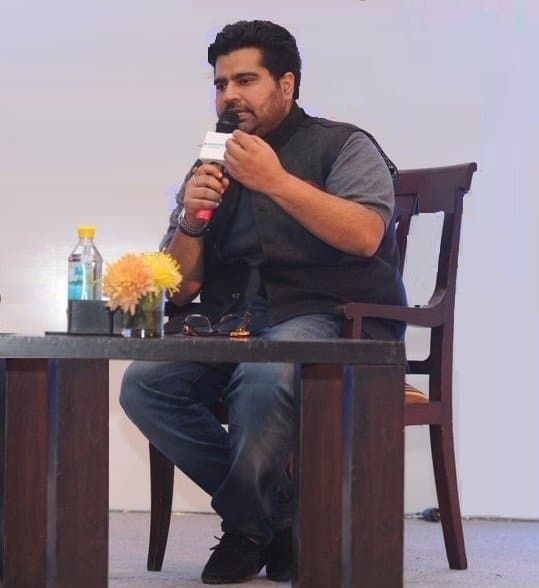 There is a lot to say about Kartikeya Sharma. But one of the main things he is famous for is for being the founder of one of the most popular news companies in India, iTV Network. Not only is this company growing really fast but it only delivers quality news content through its newspapers and TV channels. Along with being one of the founders of iTV, he has many other accomplishments to his name. Just talking about his educational credentials, he is the recipient of a master’s degree in Business Management from King’s College London and has studied at Oxford University.

He is also ranked among India’s youngest entrepreneurs. Aside from his media businesses, he has a few sports organizations to his name. In 2016, he was successful enough to be handed the title of being the Best News Channel CEO at the eNBA awards.

We shall delve deeper into his life story so that it provides us the motivation we need to become as successful as is at a remarkably young age.

Being one of the most popular media networks in India, iTVNetwork delivers news through its newspapers, TV channels and online platforms.

iTV Media was launched in 2007 by Kartikeya Sharma. Back then, it only comprised a round-the-clock Hindi news channel called India News. Their motto was “DeshkiDhadkan” and their main aim was to connect with the Hindi-speaking masses across India and provide them with all the news that had political, social or culture bearing on them.

Because of the diligence with which they operated, India News became the fastest growing Hindi News Channel. With India’s News’ varied content, Sharma managed to increase his network’s market share from 1% to 9.5% in a very short period of time.

However, as time went on Sharma realised that there was in this segment a need for a 24-hour English channel, too. So in 2012 came NewsX, iTV Network’s English channel. Even though it was met with a lot of scepticism at the beginning, it became so successful that it won a plethora of international awards. Their main target audience is the youth of India, as the channel deals with issues that the younger generation cares about. It is also the only English news channel in India that has managed to connect with this particular demographics and even go beyond it.

The network of iTV Media comprises two online platforms, two newspaper gazettes, five news channels that operate regionally, and three news channel that operate nationally. iTV Media Network employs 2,025 people from all over India in its multiple offices that are spread across the country. All this was only made possible by Sharma’s commitment to this project. Today, these media entities are strong emblems of his calibre and level of competence as a media entrepreneur whose only aim was to bring iTVMedia to the top. According to him, their quality of journalism is what helped has them earned the respect of India.

As an entrepreneur, Kartikeya Sharma wanted to diversify his profile. So he decided not to limit himself to media but went on to set up ProSportify in 2015, which is a sports organization. Sharma founded this organization because he realized that there was a gap in the market for a platform for Indian athletes and sportsmen that operated globally. The main aim of ProSportify is to help athletes make their dreams come true.

ProSportify later on did a collaboration with India’s Wrestling Federation, and so the Pro Wrestling League was born. It is a tournament that involves six franchise teams each with a total of nine players, four girls and five boys. In its structure, the PWL is similar to the Indian Premier League, which is a global cricketing event. Even though wrestling, compared to cricket, is not as popular in India, the Pro Wrestling League has managed to host two successful seasons and accomplished a lot.

Sharma as an Innovator

The most recent launch of iTV Network, NewsX AI is the world’s first integrated voice assistant to be used in a newsroom. From now onwards, all NewsX studios will have an SVA (Studio Voice Assistant) that will be integrated and utilized for daily functioning. Moreover, the aim of the SVA is to provide value to the coverage of some of the biggest news events, for example the 2019 General Elections, through the incorporation of data analysis and fact-checking modules in live broadcasts.

According to Kartikeya Sharma iTV Network operates for its viewers and partners, which is why they are constantly innovating to make the viewers’ experience even better in terms of interaction and accessibility. This is why they came up with NewsX AI, and Sharma believes this cutting-edge technology will be the future of live broadcasting.

The voice assistant will basically be programmed to answer any question that is asked to it with the help of an IFTTT algorithm. In order to make this possible, there will be data points set up which will be compiled and tabulated to the SVA.

This is one of the examples of the many innovations that Sharma has come up with. iTV Network is now a globally renowned innovation pioneer for media and broadcasting. There are many upgrades they are planning to come out with, including machine learning incorporated in news predictions, voiceprint authorization, video selections, voice operated studio lights and so much more.

Kartikeya Sharma has become the most successful and influential entrepreneur in India. So we ask him the biggest question: What is his recipe for success? According to him, there isn’t one. It is all a matter of fundamental factors that make it possible for iTV Network to thrive as it is. Sharma has proved to us that anything is possible if you and the people you work with have a vision in mind and will do anything possible to achieve that vision.