The Wildlife Conservation Society (WCS) released a series of stop-action images today from the jungles of Guatemala that show jaguars, pumas, and other wildlife drawn in for a sniff of conservation’s newest tool – Calvin Klein Obsession for Men.

The cologne is being used as an attractant so that wildlife linger in front of remote cameras, which are triggered by an infra-red beam. WCS conservationists use the images to accurately estimate populations of elusive jaguars in the Maya Biosphere Reserve. 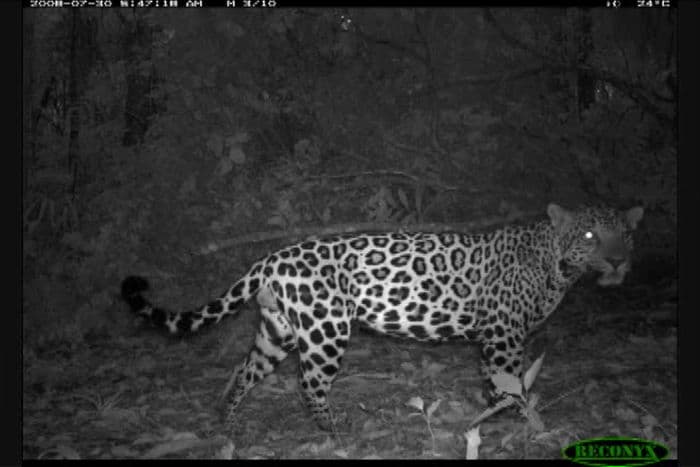 The technique of using scents to attract big cats was perfected by Pat Thomas, General Curator of the Wildlife Conservation Society’s Bronx Zoo, who applied a variety of perfumes and colognes to trees and rocks in the zoo’s tiger, snow leopard, and cheetah exhibits. After several rounds of trials, he discovered that Calvin Klein Obsession for Men drew the most interest from the zoo’s big cats, which rubbed, sniffed, pawed, and otherwise thoroughly enjoyed the high-end cologne. 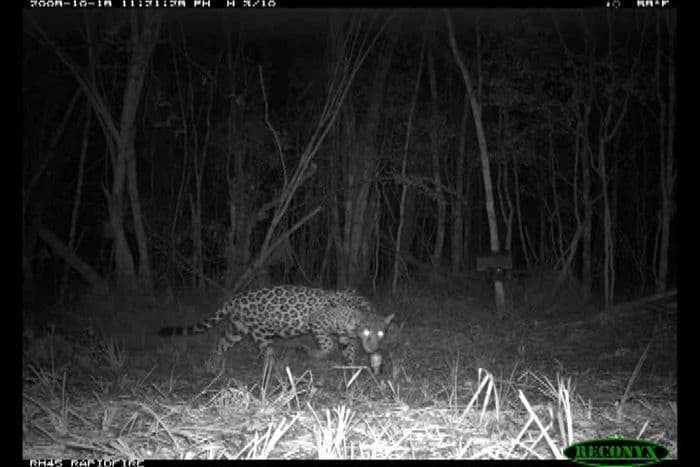 “Calvin Klein Obsession for Men clearly passes the sniff test among the WCS Bronx Zoo’s big cat population,” said Thomas. “More importantly, this work is a great example of how The Wildlife Conservation Society’s Living Institutions and Global Conservation Programs work together to save wildlife and wild places.”

WCS field conservationists have adopted the technique and have quickly learned that Obsession for Men is overwhelmingly the best way to attract jaguars in the wild to camera traps. 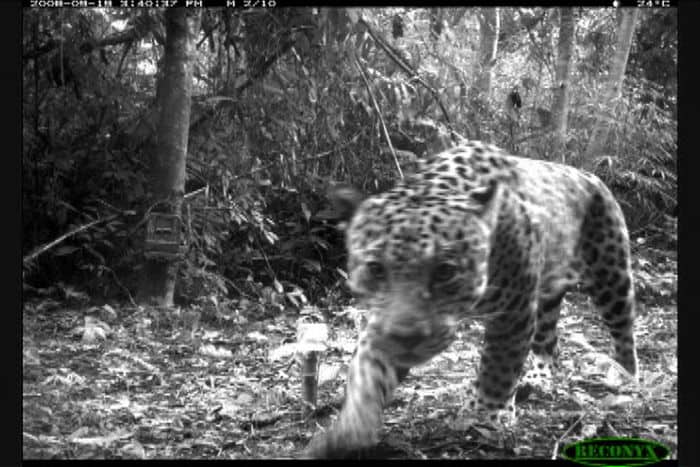 The images show individual jaguars lingering around a cloth treated with the cologne, and repeatedly sniffing it. One pair of jaguars even shows some very rarely seen mating behavior.

As one of the largest protected areas in Central America, the Maya Biosphere Reserve in Guatemala is one of the most important jaguar refuges in the Americas.

“Jaguars are highly elusive creatures and for years WCS researchers struggled to develop more effective methods for estimating how many jaguars were in the forest, hidden amongst the ancient Maya temples,” said Roan McNab, WCS Guatemala Country Director. “Now, due to the fact that jaguars love Obsession for Men, WCS field conservationists are getting more precise estimates of jaguar populations.”

The WCS Jaguar Conservation Program began in 1999 to support scientific research that helps understand what jaguars require for survival, and to begin testing ways to minimize conflicts between jaguars and people. WCS has led a coalition of more than 80 conservation groups to advance the Great Cats and Rare Canids Act, which would direct the U.S. Fish and Wildlife Service to commit resources to on-the-ground conservation of big cats like jaguars.

The images released today show not only jaguars but pumas ocelots, tapirs, peccaries and coatis.

The Wildlife Conservation Society saves wildlife and wild places worldwide. We do so through science, global conservation, education and the management of the world’s largest system of urban wildlife parks, led by the flagship Bronx Zoo. Together these activities change attitudes toward nature and help people imagine wildlife and humans living in harmony. WCS is committed to this mission because it is essential to the integrity of life on Earth. Visit: www.wcs.org, or www.wcs.org/donation to make a donation.