Death of dolphin in Connyland-Amusment park in Switzerland

Only a few days after a two-day techno party, the dolphin “Shadow” died in the Swiss amusement park ConnyLand.

The German dolphin- and whale protection organisations ProWal and WDSF and thousands of animal welfarists advised the organizers and the veterinarian office against the music event in which about 800 people took part. The loud music and ground vibrations, caused by the loud bass, could stress the dolphins and weaken their immune system.

Because dolphins perceive sound and vibrations much more intensely than humans, certainly a connection can exist. The techno party was still only 50 meters away from the dolphinarium in which a mother animal with a six month-old animal and three other dolphins were caged. 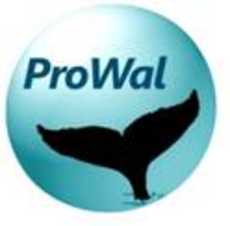 “Shadow” was only eight years old. It is the seventh dead dolphin who died during the last three years in the leisure park. ProWal and WDSF estimate that already more than 30 dolphins died in the amusement park ConnyLand. It would be the biggest dolphin cemetery of Switzerland. They demand boycotts of the park, until this last dolphinarium in Switzerland is closed.

The groups say the people of Switzerland and abroad are outraged about the death of “Shadow.” Swiss policy should be to ban imports of dolphins.

Ric O’Barry, the world-famous Oscar winner (The Cove), who accompanies many ProWal and WDSF campaigns to close dolphinaria received a Bambi this week before an audience of a million people in Germany. To prevent the suffering and the death of many dolphins in captivity, O’Barry recommends people do not buy tickets for dolphinaria, especially in Germany and Switzerland.

In Germany, there are only three of the original nine dolphinaria (Duisburg, Nurnberg and Munster, which will close in 2012).