When animal rescue organization, The Grace Foundation, was asked to assist Lassen County animal control on a cruelty case involving over 100 animals (30 of which were found dead), they never imagined that they would become victims as well.

But the abuse The Grace Foundation suffered was not at the hands of the accused animal abuser, (now charged with 65 felony counts). The foundation says the abuse came from the financial institutions and agencies that sought out the Foundation’s help.

The story that made international news, called the “Graveyard case” began in April 2011 when Lassen County contacted The Grace Foundation asking for assistance with a large cruelty case. At the request of Lassen county, Grace removed 20 emaciated horses from the Whispering Pines property, where the horses resided.

In July 2011, While the organization waited for charges to be filed in the case, they were contacted by attorneys for Wells Fargo Bank and Bank of America. The Whispering pines property was in foreclosure and now the banks were seeking the non-profit’s assistance. The horses, the foundation was told, were now owned by the banks, as part of the foreclosure, and they were an expense and liability that the banks wanted removed. In good faith, and wanting the horses to receive the care they so desperately needed, The Grace Foundation agreed to help. With a small grant provided by the banks to help with initial medical costs and care of the 36 horses, 2 dogs and 3 goats, the banks and Lassen County signed ownership of the animals over to Grace.

Foundation, Horses Between A Rock And Hard Place

Within days of removing the horses, The Grace foundation was informed by the bank’s attorney, Tim Ryan, that there had been a mistake made and that the owner of the horses and whispering pines property, Dwight Bennett, had filed bankruptcy and claimed the horses as assets. The horses, the foundation was told, were now part of the bankruptcy and the ownership granted by the banks was not valid. In emails to The Grace Foundation, Mr Ryan instructed the organization to “cease any adoptions and non emergency medical procedures” until the horses were released from the bankruptcy, stating that the organization faced being sued by the Mr Bennett if they did not follow these instructions.

What has transpired since is something that reads more like a movie script than a real life story, and has uncovered a long line of lies, deception and possible criminal fraud and malpractice at the hands of Wells Fargo and Bank of America’s lawyers. This misconduct has not only put The Grace Foundation in jeopardy of closing, but it brings into question what will happen to the more than 200 animals that call the ranch home, and the 6000 at risk children that will no longer be able to participate in the life-changing programs offered at the ranch, if the banks do not do what is right, and take responsibility for the financial crisis they have created.

The details of this case are extensive – see the timeline below the videos.

Video of initial intake of horses 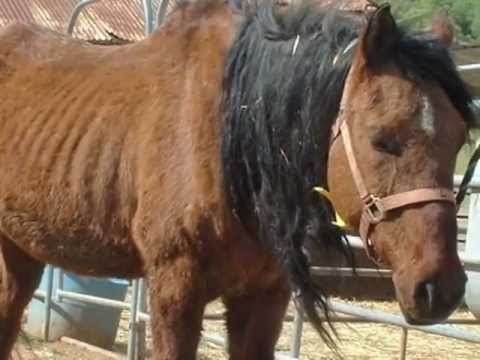 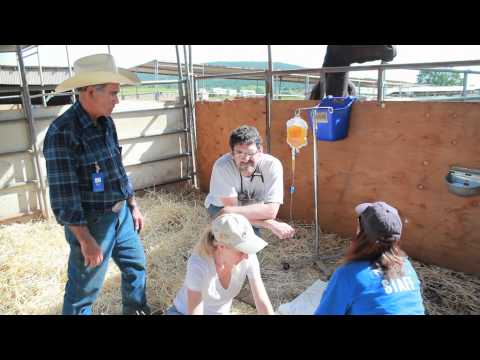 April 2011 – Cell tower workers that were working adjacent to the property witnessed a dead dog tied to a tree and many horses dead and dying at the property.

At The request of Lassen County The Grace Foundation takes custody of the first 20 horses after Bennett surrendered them to Lassen County Animal Control.

August 2011 – Wells Fargo and Bank of America attorney Tim Ryan contact The Grace Foundation about taking horses from Whispering Pines Ranch property that is being foreclosed upon.

August 17, 2011- The Grace Foundation agrees to take ownership of 36 horses at Whispering pines ranch and a $40,000 grant would be given by banks for initial care.

August 18,2011 – Bennett files for bankruptcy 8 days prior to the horses ownership being transferred to The Grace Foundation. This filing should have stopped the removal of the horses 8 days later, however Mr Ryan claims bankruptcy was done on the 11th hour after horses were taken off property. Documents clearly state that Mr Ryan was notified by the courts about the bankruptcy as the representatives of Wells Fargo and Bank of America.

August 26, 2011 – At the request of the banks Grace picks up 36 horses and ownership is turned over to Grace.

September 2011 – Grace is notified that Bennett filed for bankruptcy, listing the horses as assets in his bankruptcy case and is informed that they are no longer the owners of the horses.

September 15, 2011 – As Grace officials tried to understand how this mistake could have been made and what legal recourse they had, bank attorney Mr Ryan offered to become The Grace Foundation’s legal representation. Grace learned just recently was an egregious violation due to his relationship with the banks at the forefront of the case. Grace is instructed by Tim Ryan not to adopt out , geld or terminate any pregnancies on the whispering pines horses.

October 2011 – Bennett is arrested and charged with 70 felony counts of animal cruelty and neglect. He is also found with methamphetamine s and weapons in his possession. During his arrest, 30 horses and 3 dogs were found dead on Bennett’s property.

See The Grace Foundation to “Pay It Forward”

Oct-Nov-Dec 2011 – Grace Director and Founder Beth DeCaprio pleads for financial assistance in dozens of emails and calls to Mr Ryan, Mr Ryan continued to promise the organization that he would soon have the horses released from the Bankruptcy courts and promises to get the costs reimbursed.

January 2012 – Bennett’s arraignment was held January 3, 2012, at the Lassen County Courthouse in Susanville, CA, where he plead not guilty and submitted a motion for dismissal of charges.

January 3, 2012 – Bankruptcy court ordered all of Bennett’s animals abandoned and removed from bankruptcy

February 2, 2012 – Grace finally receives written notice from the courts that the horses were no longer assets in Bankruptcy case. The Grace Foundation of Northern California’s legal custody of the animals. By this time the damage had been done, twenty four horses confirmed pregnant when they arrived were now ready to birth and the costs had already exceeded $350,000.

March 2012 – May 2012 Trailers brought in to allow 24 coverage and care of pregnant horses as they begin foaling. Makeshift foaling stalls are built, camera’s bought to monitor, thousands of dollars of equipment had to be purchased to care for pending babies. To date: 11 foals born alive, 4 mares left to foal, 2 foals died during birth, 2 pregnant mares died, numerous miscarriages. Most complications due to condition of mares when they became pregnant.

April 25, 2012 – Letter was sent to Mr Ryan by The Grace Foundation stating that the organization could no longer afford the enormous care of the horses. The letter sought answers from Mr Ryan as to the responsibility that the bank may have in reimbursing for the costs incurred due to the ownership mistake at the core of this problem. Mr Ryan wrote back stating that he could no longer communicate with The Grace Foundation since he represented the banks involved.

May 2012 – Grace foundation sends plea to volunteers asking for legal assistance. Attorneys research case and documents at the courts and find possible fraud and numerous violations by Banks, county and Tim Ryan. Recommends that Grace hires attorney that can file lawsuits against all parties involved. Acting in good faith Grace sends letters to top bank officials asking that they right their wrong before action is taken. Wells Fargo calls several times asking for more time to research. Grace explains that organization can no longer pay their bills and something has to be done immediately. Wells Fargo asks for a few more days.