Girl groups are now an iconic part of the history of the recording industry in America. In a brief, shining period between the payola scandal and the British invasion, American girl groups swamped the charts with songs that are now classic; mostly sweet harmonies on sentimental themes, with classic melody constructions and simplistic love lyrics. Partially because of the concern that America’s teens would like the songs better if they did not know the singers’ color, many girl groups were anonymous except for their recordings. Almost all of them were black, but many fans did not know that at the time. “Betty & The Belrays” asks, “what would have happened if a white girl group had actually tried to recapitulate the careers of these black groups?”

The musical is a high-spirited, family-friendly production that has been developed collaboratively by William Electric Black (a.k.a. Ian Ellis James), a seven-time Emmy winner for “Sesame Street,” and composer/instrumentalist Valerie Ghent, who is known as an arranger/keyboardist for Ashford & Simpson. It features a live onstage Motown band led by Ghent, authentic ’60s choreography and a cast of seven.

This production is kid-friendly and recommended for audiences aged ten and up.

The musical takes place in 1963, a time of freedom riders and equal rights marches. Betty Belarosky, against her parents’ wishes, forms an all white musical group with two girls she meets in the employment line at the telephone company. As if inspired by song styles of the period, her collaborators are one lovesick femme fatale and one “tough girl” type.

In order to get a record deal at Soltown-a black record company-these three white girls venture to the Negro side of town for the tutelage of a Miss Loretta Jones, an old-time soul singer, who coaches them not only about singing, but also about the Civil Rights Movement. The more their music incorporates Miss Loretta’s teachings, the higher their records climb on the charts. Their growing popularity makes it seem that the girls could actually bring their segregated city together through their music. However, after an appearance on a popular television show, Betty & The Belrays are offered a major record deal from a white label on the condition that they will have to stop singing about racial issues. The girls are faced with hate mail from their own community and an agonizing career choice: should they stop singing about racial issues and sing for the white record label?

William Electric Black weaves comedy throughout his treatment of sensitive racial issues, but you could be misled by the musical’s playful tone. The production forthrightly addresses the question of cultural identification with music. There are 13 original songs, varying in style from The Bobettes to The Vandellas, which take us to the heart of the issues facing the recording industry at the time. Betty and her collaborators evolve into, essentially, a white group with a Motown attitude. The playwright calls attention to the importance of Black music in our culture by honoring the imitation that was its sincerest form of flattery. He also shows off the risks that white performers took in embracing Black musical traditions and the civil right movement.

William Electric Black is known for his use of edgy pop styles in theater. In 1999, he and a company of 25 actors rocked The Club at La MaMa in his ingenious adaptation, “Romeo and Juliet: Tribal Rock Musical” that set Shakespeare’s tragic love story to rock, pop, reggae and rap music. His subsequent La MaMa productions included “Doo Wop Dracula,” a ’50s-style tuner about teen-aged rebels who bite; “Frankenstein: The Rock Musical,” which captured the flavor, language and structure of Mary Shelley’s 1816 romantic novel while rocking it out with an ensemble of 16 actors and 13 production numbers; and “The Hamlet Project,” in which he adapted Shakespeare’s tragedy into an edgy, urban hip-hop/rock musical using the Bard’s actual dialogue. Other shows he has written include “Billy Stars and Kid Jupiter,” a sci-fi jazzical produced at Theater for the New City, and “The Sun Gets Blue,” another jazzical staged at the Open Eye.

Co-composer Valerie Ghent is an engineer and background vocalist for the singing duo Ashford & Simpson and keyboardist/vocalist for Deborah Harry (world tour). She is founder of the Cornelia Street Cafe Songwriter’s Beat and head of West Street Records. Her CD, “Unstoppable,” was named Best CD of 1998 by Belgian Radio/Planete Indie. This is her third collaboration with William Electric Black.

Performances are March 8 to April 1, 2007 at Theater for the New City, 155 First Avenue, Manhattan. Performances are Thursdays through Saturdays at 8:00 pm and Sundays at 3:00 pm. Ticket prices are $15 for adults and $10 for students. The box office number is (212) 254-1109 and online ticketing is available at www.theaterforthenewcity.net. 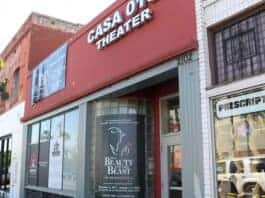 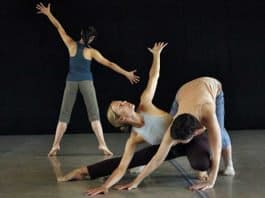 Rachel Botchan in “The Property” – When Fighting for Your Family... 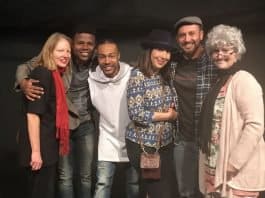 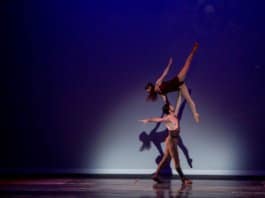 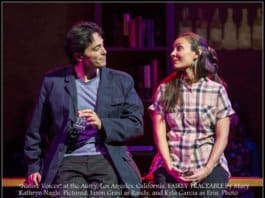 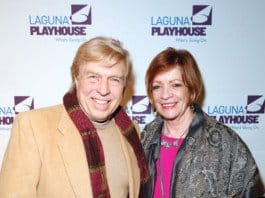 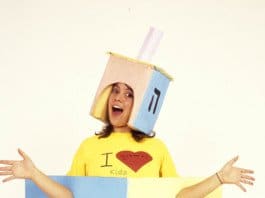 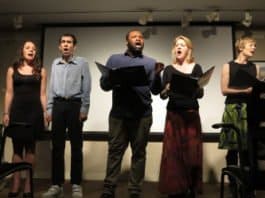