Before The Latin Grammys at Mandalay Bay, there’s the 14TH Annual Latin Grammy Awards Special Awards Presentation, which takes place in the morning, the same day as the show.

Louis Cobos, the Chairman of the Board of Trustees calls the Special Awards a “safe pillar” of the work of the Latin Academy. 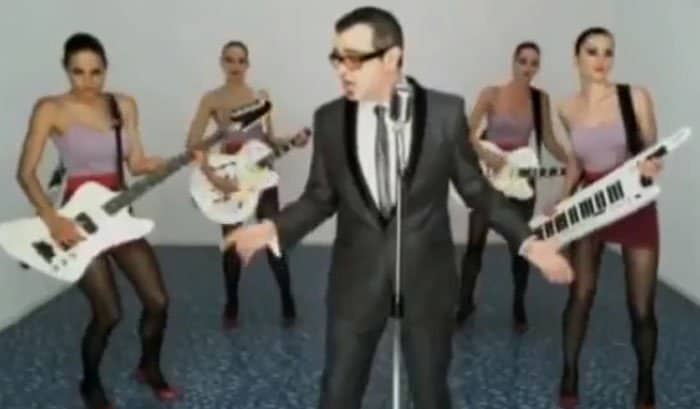 One of the major differences The Latin Grammys provide to press and talent, compared to The Grammys in Los Angeles, is the openness of the activities of the week. Heineken for one, sponsored the Sound Lab in the Eye Candy Lounge, also located in the Mandalay Bay casino.

Toy Selectah [Antonio Hemandez] was the featured producer for the 3 day Heineken Sound Lab, a custom built recording studio. Joining Toy was producer,Frank “El Medico” Rodriquez. Press and talent such as Kllya Kuryaki and the Valderamos, Bomera Estero and Helo Seahorse also got a chance to put their creative talents to work.

Some of the nominees we spoke to were Fito Blanko from Panama, who said he was raised in Toronto, Canada. Nominated for Best Urban Artist, Blanko is in a joint venture with his album, “Amar dinaro,” with Pit Bull. When asked how he handled the pressures and obstacles of the music business, Blanko replied. “I overcome them through purpose. I’m a positive thinker and I take the losses as a learning experience.” Chris Ella, his manager-producer said that he believes Blanko’s success also has to do with his dedication to the arts. Ella also produces Sensei-Musich.

Maluma, nominated for Best New Artist for the second time, is a 19 year old, who says he loves Yoga, which relaxes and helps him focus before he goes to perform. The young artist also prays and works out. Justin Timberlake and Drake are two artist who have influenced his music. His album, Magiao, released through Sony Music and his new new alum release “Pretty Boy Dirty Boy,” which is through Walter Kohn at Universal, have an Urban Latin flavor with Tropical flavors.

La Vida, a group nominated for their Best Rock song, performed at The Heineken Sound Lab and got top reviews from the press.

La Santacecilia, a group that specializes in Nortena, Cumpia rock performed at BMI event at The Hard Rock. Alex Bendama, one of the group members said their album “Treinta Dias” through Universal, is their first, and it is getting rave reviews.

There is no question that The Latin Grammys culturally present such a diversity of music and talent. Pit Bull, Enrique Iglesias and other performers made this a night to remember. For a complete list of the winners of The 14TH Annual Latin Grammy Awards visit www.latingrammy.com