Having spent most of the last two years taking over the world with massive UK, European, U.S. and worldwide headline tours, supporting Guns N Roses, Metallica and Iron Maiden, playing Main Stage at almost every rock festival across the world, and seeing their 2006 debut album, “The Poison” – an album London’s daily The Sun called “One of the finest debut albums in rock history” – sail past the million sales mark (350,000 in the U.S. alone), BULLET FOR MY VALENTINE is set to return with album number two, “Scream Aim Fire,” set for release in the U.S. on January 29, 2008 (Jive/SonyBMG).

“Scream Aim Fire” was produced by Colin Richardson (Machinehead, Funeral For A Friend) who also produced “The Poison,” and was recorded at Sonic Ranch near El Paso, TX earlier this year. The eleven new songs are, according to frontman Matthew Tuck, “really melodic heavy metal…catchy, hooky choruses and full-on vocals, with the music being very in-your-face and heavy…it’s a lot more uptempo [than ‘The Poison’], a lot more aggressive.”

An exclusive 15-minute digital single – a special sneak preview of “Scream Aim Fire” – will be available for download beginning December 18. Two of the album’s tracks, “Eye of the Storm” plus the title track will be included, along with the band’s Matt and Moose providing a behind-the-scenes track-by-track commentary about the album. The “Scream Aim Fire” digital single will sell for $1.98 and be available through all the major digital media services (iTunes, Napster, Rhapsody, etc.). 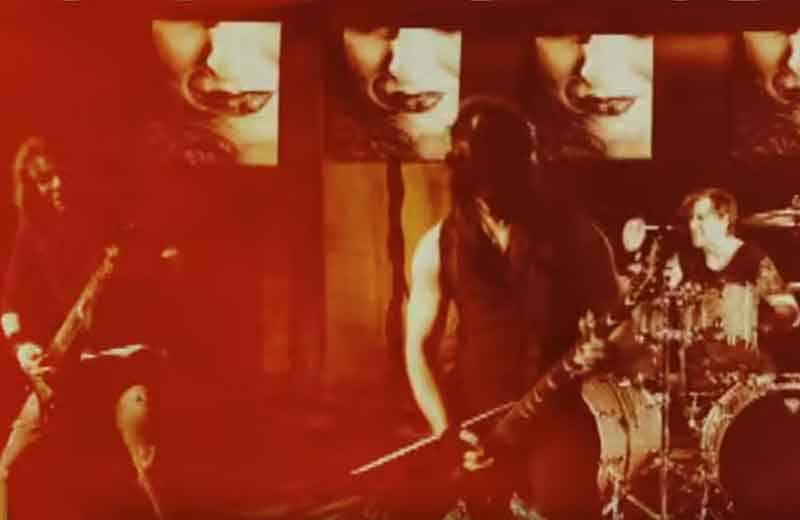 The four-piece metal core band from Bridgend, South Wales, UK – Matthew “Matt” Tuck/vocals, Michael “Padge” Paget/Guitar, Michael “Moose” Thomas/drums, and Jason “Jay” James/Bass – are, according to the UK’s Kerrang!, well on their way to “phase two of world domination” with the new disc.

For “The Poison,” Bullet For My Valentine graced the covers – at least once – of Kerrang!, Rock Sound, and Metal Hammer. In addition, they won Metal Hammer’s 2006 “Golden God Award” for Best British Band, and the 2006 Kerrang! Award for “Best UK Single” for their track “Tears Don’t Fall.”

Bullet For My Valentine will headline a tour of the UK and Europe starting in late January, and will then head to the U.S. in late February. Details to be announces shortly.

Full track listing for “Scream Aim Fire” is as follows: