Five by Five Media Group offers all professional post-production needs, from music mixdown and mastering, to foley sound stage additions to music, commercials, movies, and broadcast. As well, the company offers up-and-coming producers and artists consulting and tips that improve their chances to either get placements, or simply to take their production value to the next level of sonic quality. This month’s lucky winner of the ATL BEAT BATTLE will get to work with Firkins, who will be engineering the 4-hour block of studio time at Hot Beats Studio Atlanta, the same studio favored by artists such as Young Jeezy, and Lil Wayne.

Some of the music industry’s more famous and award-winning recording artists, such as Rocko da Don, Shanell Woods from Young Money, all the way to Atlanta’s favorite “down-south producer” Shawty Redd have trusted Seth Firkins and Five by Five Media Group with their sound, other big names include: 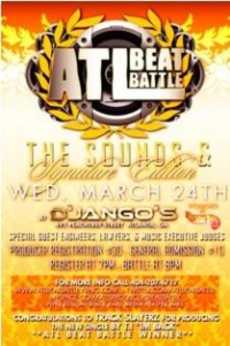 Firkins was chosen to be an industry-panelist at the ATL BEAT BATTLE due to his excellent reputation and work-ethic. Curtis McMurray, CEO of Money Tree Entertainment, known to his music fans as Fruit Man, famous for his first single “Man Down” and current smash record “Gangsta Rock,” said, “Seth Firkins work ethic, professional tact, and overall character are a few of the reasons that we continue to do business together – audio Engineering is Seth’s forte and I have never heard our music sound better.”

His hard work was recognized in 2008 when Firkins was nominated for a Grammy Award for engineering work done with Jay z, on the album “American Gangster” up for Rap Album of the Year in 2008.

No doubt with over nine years experience, and over 1000 songs mixed for radio, Firkins is one of Atlanta’s top mixdown and tracking engineer, and will be a great addition to the event as an industry-panelist for “sound,” as well as a guest judge for the Beat Battle after the panel.

The winner of each month’s Beat Battle gets four hours of studio time at Hot Beats Studio Atlanta.

The month’s lucky winner will get to work with Firkins who will be engineering the 4-hour block for the winning producers’ project. McCurray further said, “Money Tree Entertainment has hired several different prominent engineers in the Atlanta Metropolitan Area to mix and master our content; and as a company we choose to deal exclusively with Mr. Firkins. His drive, his ability to command an entire studio session, and his attention to the intricate details of each track are why we are happy to have formed a working relationship that has taken my entertainment company and many others to the next level.” Indeed, the winner is a “lucky” one.

Jasmine Ancrum founder of ATL Beat Battle will be teaming up this summer with Five by Five Media Group to offer middle and high school kids a chance to be introduced to the music industry, offered as a way to expose the production and “hard-work” side of their favorite songs.