Alternative Rock band Sleeper Agent came from the burgeoning Bowling Green, Kentucky music scene about 3 years ago with dynamic lead singer Alex Kandel at the helm. Make no mistake – Sleeper Agent is not a Southern rock band – rather they are a rock band from the South.

After a whirlwind year of touring following the release of their first LP – Celebrasion, playing late night shows and even having their song Get It Daddy being featured in a Taco Bell ad, the band took some time off to rekindle their collaborative spirit.

The result is their latest album – About Last Night

The first single off the album, Waves, covers familiar ‘touring band’ ground with the trials and tribulations of life on the road. The song is reminiscent of Fleetwood Mac-esque melodies complete with Lindsay Buckingham vocal riffs sung exceptionally well by Alex. Definitely a good song to put on that next road trip mix tape you plan on making for your friend or significant other.

Haunting Me, a song about reconnecting with an old friend only to wonder why and how they are still your friend after all of their years of destructive behavior. Intended to be a Jackson 5 tribute it comes across more like an Elvis Costello themed tune with its quirky beat. An excellent listen for sure.

My favorite track on the album, Bad News, was apparently born from a mid-session riff that evolved into this gem of a song about emotional conflict as demonstrated in the lyric .” ..who would want to stay in love with you?” A great question to ponder while listening to the band’s great backbeat and Josh Martin’s lead guitar riffs tying everything together.

Another worthy entry is Good Job, essentially a song written about fucking up in life and being OK with it. Want to couch surf and work shitty part time jobs? Well ok – listen to this song every morning (or afternoon) before you wake up and go to work.

All in all, About Last Night is a worthy entry into the rock and roll fray. Hard driving beats, catchy hooks behind Alex Kandel’s powerful vocals, Tony Smith’s lyrical prowess and Martin’s aforementioned sweet guitar licks make for a great listen.

If you want to catch Sleeper Agent live they are embarking on an extensive, coast to coast US tour in April 2014. In fact, they’ll be right here in my hometown of Seattle at the Showbox on April 22nd, 2014. Check out their tour schedule to see when they’ll be in a venue near you! 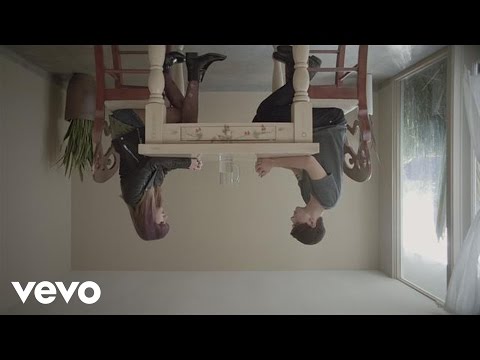