What makes a diva?

A diva is a female chanteuse, a vocalist whose name evokes more than celebrity, the level of icon. Sometimes it is the voice, sometimes it is the personality, the love affairs, the tragedy … and in the case of Nina Simone it is all this and more. It is the soul, the soulfulness. But all this is reflected in the voice. There is no form of expression in which a human being is more naked than singing. The Nina Simone mystique was created as an extension of THAT voice, the voice of a veritable goddess of jazz.

I just picked up “I Put A Spell on You: An Autobiography of Nina Simone” this morning, and I couldn’t put the book down until I had finished. I learned that Nina was raised in a small town in North Carolina named Tryon, a resort town where blacks and whites lived in a “checkerboard” fashion rather than having a “black” side and a “white” side of town. While Nina’s career in the seventies took her to the center of the Black Power movement in the U.S., her musical roots started in her mother’s Methodist church where Eunice Waymon (Nina’s birthname) began to play piano and was quickly known as a prodigy.

A white woman who Nina’s mother worked for in a domestic capacity paid for Nina to receive formal piano training, and when that fund ran out, the piano teacher, a Russian named Mrs. Massinovitch, who Nina called Mrs. Massy, started a fund for Nina’s continued education which eventually took her all the way to Julliard. The whole town worked together to give Nina’s talent the nurturing she deserved. 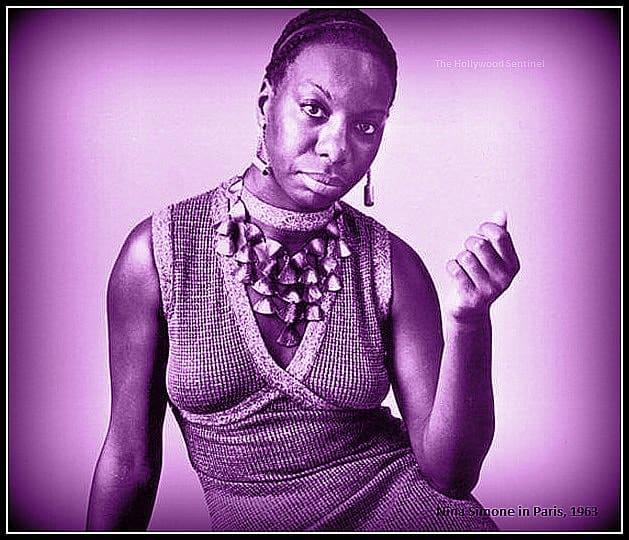 Nina’s first goal was to become a world renown classical pianist. Her early years were spent playing Bach, hours at a time, to the exclusion of having a normal childhood or giving in to the temptation of young love. The burden of greatness and others’ expectations, as well as the pressure of being from a family that struggled financially in addition to being black, all pushed Nina to work harder than anyone to master her craft.

Her scholarship to Julliard was a one-year deal, and she expected to gain admission to the Curtis Institute of Music in Philadelphia, but was rejected.

Nina, not unlike other gifted and sensitive people before and after, took the rejection to heart, barely speaking for three days. (According to her daughter, Simone, the Curtis Institute agreed to give Nina an honorary diploma shortly before her death.) Eventually, she made ends meet accompanying vocal students during lessons on behalf of a voice teacher, and then started playing piano in dingy little clubs to raise money to continue her classical studies. One of the bar owners demanded she sing as well, and she only did so to keep the job. Nowhere in her autobiography does she acknowledge that beyond musical talent, she had, also, an extraordinary voice.

One of the Best Voices in the World

Nina’s voice is one of, if not the most powerful, distinguishable, iconic recorded voices of all time…

To read the rest of this article, visit The Hollywood Sentinel and follow the table of contents tab on the left of the page.

Wild is the Wind