Local Bay area show, “Los Hijos de la Bahia” airs every Monday through Friday from 5:00 AM to 10:00 AM and every Saturday from 5:00 AM to 900 AM. The team will be joined by Pollo, Pesado and Charo Martinez. Pollo and Pesado were formerly members of the team that hosted the afternoon drive, while Charo Martinez was a morning drive DJ with the famous “El Cucuy.” Now “La Raza” has united these three forces to bring the Bay Area a new, fresh morning show. 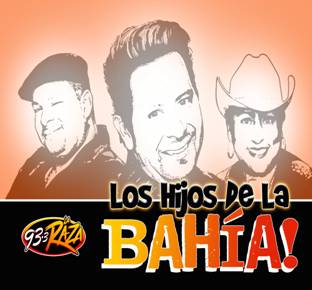 The new afternoon show, “El Vacilon del Mandril,” hosted by the very talented El Mandril, airs every Monday through Friday from 3:00 to 7:00 PM. El Mandril who is based out of Los Angeles simulcasts his show on “La Raza.” Recently, the crew did a live broadcast for the first time at “Inquietos del Norte” on Saturday, April 19. On Saturday, May 10, Mother’s Day, his crew will be flying to San Francisco for the Vicente Fernandez concert, where “La Raza” will be the official Spanish Language radio station.