The closest I could come to a Paisley/Psychedelic unit, while on a perilous scavenger hunt laced with musical mines, that is the intrinsic potpourri terrific allotment earmarkings of SXSW, I happed (haphazardly) upon Amsterdam wizard-child Jacco Gardner and his newly completed project, Cabinet of Curiosities. Wonderful discovery, seemingly a rehashed discography of lessons learned in pop/psychedelia, by the Saintly Explorers of the ’60s Golden Era (Syd Barrett, Brian Wilson, or the Zombies). 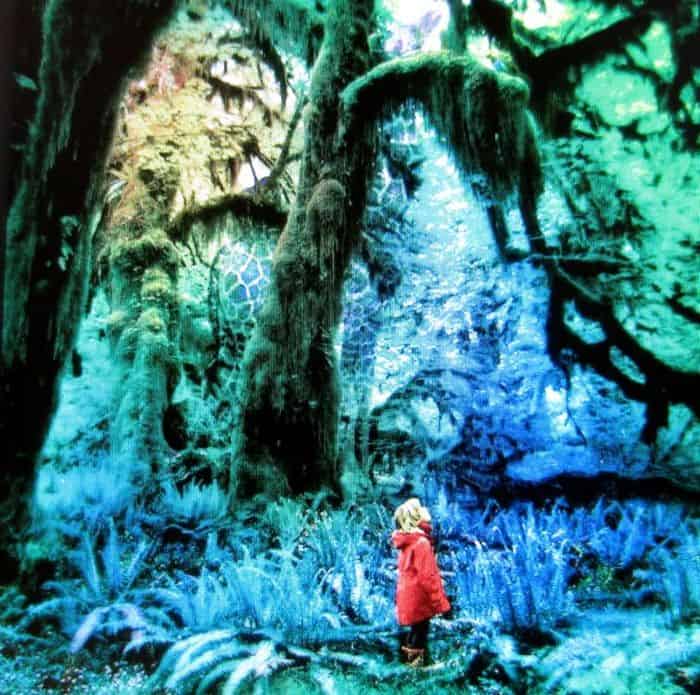 Jacco Gardner’s songs are collages of instruments, impressions, soundscapes, perhaps even categorized as trippy elevator music. And maybe his influences should include the greats of fantasy or fairy tales; JRR Tolkien’s The Hobbit, Lewis Carroll’s Alice In Wonderland (naturally), and don’t forget, The Brothers Grimm, frog princes and all that. Yet these are just literary pillows for Gardner; he’s created his own make-believe world with harpsichord, synthesizers, string instruments, great bass playing, suffused vocals, angelic harmony choirs, and even beaucoup sound effects.

The fact that harpsichord is his primary instrument, immediately reduces which references you can point to as the ones he’s purloining. You could almost reduce it down to Strawberry Alarm Clock, just to be safe, with Lewis Carroll looking on for ambience, texture, and anti-substance. I say anti-substance, since synthetic is a good word to describe his technique. Gardner builds the tracks up using Phil Spector’s Wall of Sound approach, to the point where you can barely isolate any one track or sound.

I don’t think headphones are the way to go when listening to Cabinet of Curiosities; perhaps really good speakers mounted high on the walls would work better for the mix we’re getting! How ’bout an airport lobby? I’d like to hear it in an old Wurlitzer Jukebox! Too, critics have forgotten the first King Crimson, The Court of the Crimson King; yea KC and lots of Incense and Peppermint. Oh, and some ’80s Paisley Underground bands; Jesus and Mary Chain? No, I forget. Okay, Dream Syndicate, The Pandoras, Rain Parade, maybe Green On Red?

Getting warm? Not really! Gardner’s world is his own, a Garden of Delights where he can make sounds until he gets what he’s looking for, which he doesn’t know what is until he finds it, I suppose. This would give it an organic, subconscious quality; just the opposite of Brian Wilson, whose songs are highly contrived. This is not a put down of Wilson, but Gardner’s methods are likely much different. He probably just lays down a progression riff until he gets what he wants, then builds the track up like little sonic Lego bricks!

I didn’t try to break down individual songs; that’s missing the point! Cabinet of Curiosities is a concept record; each song is part of the whole package, one scene in one act of an entire play. Much like Court of Crimson King was. Visuals coming are reminiscent of the Pre-Raphaelites, Dante Gabriel Rosetti; it’s not just ’60s psychedelia, its Victorian fantasy, puffy baroque, or the Mad Hatter’s Tea Party aural pastiche. Well, in any case, you ‘fall down a rabbit hole’ when listening, and get where you’re going, depending on what kind of java you drink. *(At Hotel Vegas, 10:20 PM, Friday, 3/15/’13, SXSW) Oh, & there’s Spirit, Ah Topango Windows…

ABOUT US
NewsBlaze is the alternative business and world news newspaper, with entertainment, music, politics, and the latest breaking news and videos.Visit the NewsBlaze Pressroom to see NewsBlaze in the News
Contact us: [email protected]newsblaze.com
FOLLOW US
© Copyright (c) 2004-2021 - NewsBlaze Pty. Ltd.
Posting....
Go to mobile version