Daniel DiCriscio, with his long platinum blonde mane, will debut his new single “Love Like Mine” with a special live performance during his annual birthday event; “Daniel DiCriscio’s Live in Concert Birthday,” with special celebrity guests, at West Hollywood hot spot Eleven Nightclub on Friday January 25.

This year will mark the fifth anniverary of DiCriscio’s celebrations. He says, “My past four birthdays have rated a ten, but this year I promise it will be an Eleven!.” 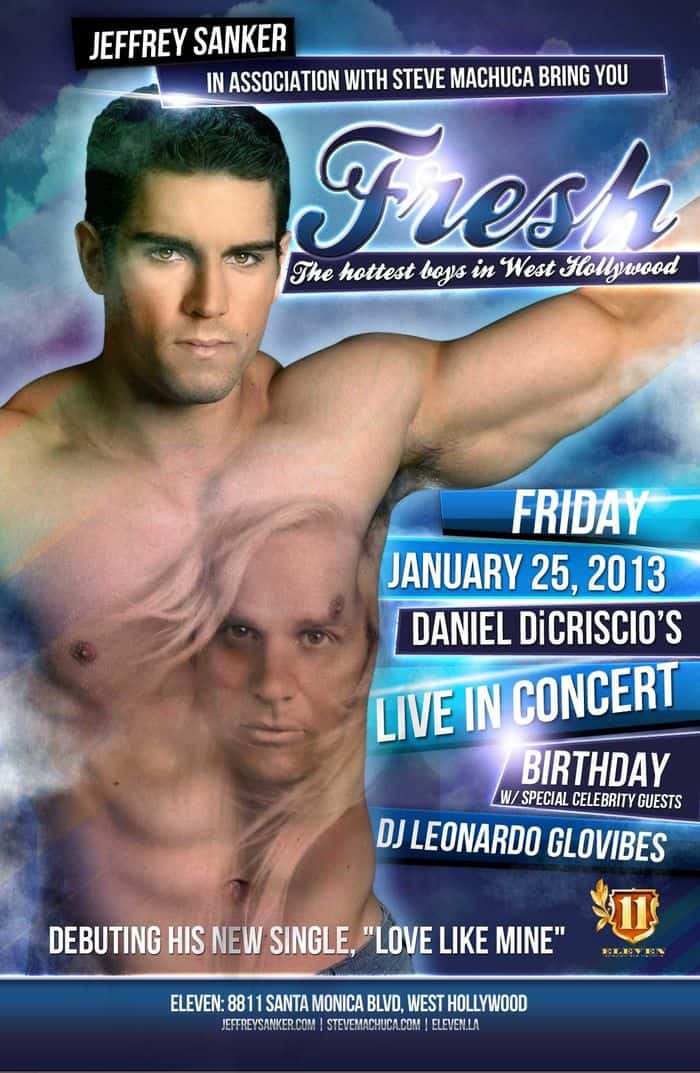 Besides being an accomplished singer, songwriter, and producer, DiCriscio, is also known for his high profile careers as a Television Personality and Celebrity Hairstlylist who has appeared on more than 30 television shows, which have included; “TMZ on TV,” “Todd TV,” “Da Ali G Show,” “Home James,” “The Gossip Queens,” “Geraldo,” “Extra’, and “Cristina’s Court.”

DiCriscio burst onto the music scene with his debut album “Sin,” on IMAGE Records International. The album spawned a hit dance tune and video for “Take Me To The Other Side,” remixed by PWL London, who also produced Kylie Minogue, Dead or Alive, and Bananarama. The track climbed up the club charts and was reviewed in Billboard magazine. Promotion for the single included; an appearance at the Billboard Music Awards and a featured spot on the “Rick Dees in the Morning” show on L.A.’s KIIS FM. DiCriscio was even asked to be the opening act for the legendary Grace Jones at Paramount Studios in Hollywood, and a video from the concert has just been released on YouTube.

After taking some time to focus on his other successful careers, DiCriscio made a bold return to the music industry with last years single and video release, “Only Time Will Tell.” The live concert video also featured cast members from the hit Bravo TV show, the “Real Housewives of Orange County” as DiCriscio’s back-up dancers, including series star Lynne Curtin.

Daniel DiCriscio’s music is available at all online music stores worldwide, including; iTunes, Amazon, and Rhapsody, as well as on Artists.MTV. – “Love Like Mine”