Buck and A Dream, LLC, is initiating its matchless search for the best undiscovered music talent through the “Bringing Good Music Back” Campaign (BGMB). Headquartered in Atlanta, GA, artist development and promotion company Buck and A Dream, recognizes that popular music of all genres is in desperate need of fresh innovation. The company created the BGMB Campaign to offer a vehicle capable of cultivating and sustaining the change that will occur in popular music as a result of the Campaign’s mission. Buck and A Dream partners, Greg L. Bowman and Teddy Riley, lend the BGMB Campaign the combined force of success in the music industry and foresight of future music trends, enabling the company to craft a dream into a reality. Riley alone is in part responsible for over one hundred million records sold worldwide, confirming that a dream is indeed a quantitative truth.

The leadership of Buck and A Dream is compelled by a sense of urgency to bring good music back to the market. Co-owner of the company, Teddy Riley, explains, “we’re just trying to right what’s wrong and take music back to when lyrics mattered.” The General Manager of Buck and A Dream, Montayne Farrar says “the music business as a whole is on a down swing. People have begun turning the radio off in favor of listening to older music,” he explains. “That’s not helping music evolve.” Greg L. Bowman, co-owner of Buck and A Dream and architect of the BGMB Campaign makes a more dire prediction. “The quality of music has suffered so severely, that at this rate, appreciable music will be extinct in seven years,” Bowman contends. Buck and A Dream has not invented a publicity stunt; it is an SOS to those who still believe that good music is possible. 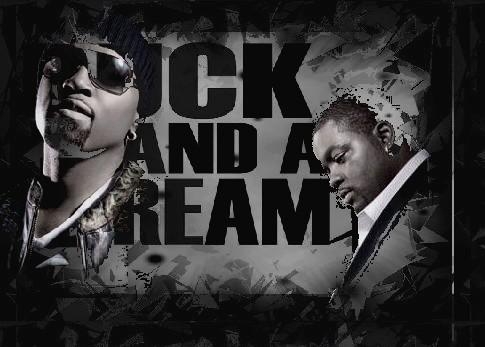 About Buck and A Dream

Buck and A Dream, LLC comprehend that those with original talent and pure motivation are typically unable to have an audience with music industry insiders. The objective of Buck and A Dream is to give each hopeful artist a powerful platform to launch a legitimate and lasting artistic career. Utilizing their unique talents, experiences and contacts, the company is capable of removing industry barriers, giving true “good music” artists worldwide access to the resources they require to succeed. More information regarding Buck and A Dream, LLC and the “Bringing Good Music Back” Campaign (BGMB) is available at www.buckandadream.com.