Frustrated by writer’s block, film director Joong-rae (Kim Seung-woo) opts to retreat to the ocean to find some inspiration for the script for his next movie. Not wanting to go alone, he begs his married pal and production designer, Chang-wook (Kim Tae-woo), to accompany him on his getaway to the Shinduri Beach resort on South Korea’s scenic west coast.

Chang-wook agrees, but on the condition that he can bring along his gorgeous, young girlfriend, Mun-suk (Go Hyun-jung). However, it turns out that Mun-suk, an aspiring music composer who studied in Germany, is a big fan of Joong-rae’s movies. She starts dropping hints that Chang-wook is only a platonic friend, and it isn’t long before she and Joong-rae sneak off alone for the proverbial long walk on the beach. 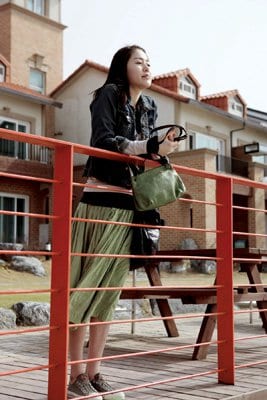 Sparks fly, and when the odd man out calls on his cell phone to join them, they give him bad directions sending him in the opposite direction. Then, like any illicit couple in heat who can’t keep their hands off each other in public, Joong-rae and Mun-suk do the sensible thing: they get a motel room.

Unfortunately, following their night of unbridled passion, Joong-rae loses interest in her, perhaps because she freely admitted to sleeping with several white men while living in Europe. The fickle filmmaker impulsively decides to return to Seoul only to return to the coast a couple of days later. 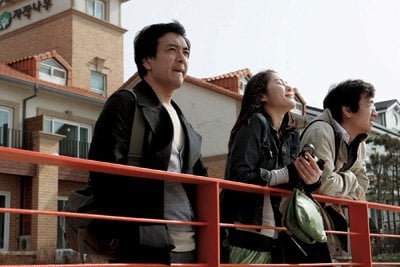 This time around he gets more deeply involved with Sun-hee (Song Seon-mi) a coffee shop manager who’s the spitting image of the beauty he’d just seduced and abandoned. The already triangulated plot thickens further when Mun-sik catches wind that the guy she has a crush on is not only back in town but already shacking up with someone else.

This is the convoluted course of events which unfolds in Woman on the Beach, an enveloping examination of modern-day relating directed by Hong Sang-soo (Woman Is the Future of Man). The elliptical scenario has the feel of your typical French romantic romp, given the roundelays of coupling and uncoupling, broken up by chain smoking and heart-to-heart dialogue. 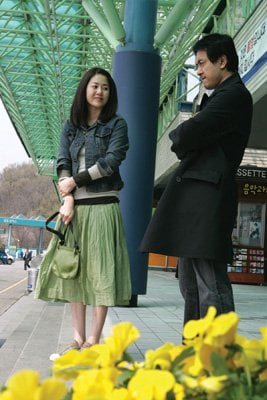 Yet, otherwise unpredictable and refreshingly inventive, this flick certainly stands on its own as perhaps South Korea’s kookiest contribution to the battle-of-the-sexes genre.

In Korean with subtitles.