Here is a question people have been asking lately. Could you survive without your cell phone or computer? How long? A few hours? A day? A week? Could you make it three months?

If you said anything less than three months then you should think yourself lucky you’re not an Internet addicted adolescent in China. China is the first country in the world to officially recognize Internet addiction as a clinical disorder.

If you were one of those Chinese adolescents, the official response to your addiction is to sentence you to 90 days of rehab at one of 400 paramilitary boot camps. Yes that’s right paramilitary! While in the Boot Camp, you get a spartan daily regimen with no access to any stimuli at all. And they don’t ease you into it – you just go cold turkey.

That has to be hard for a kid who plays video games every waking minute.

This seemingly horrible course of action is exactly the prescription of the doctors in Web Junkie, a foreign documentary.

I picked this documentary as my number one foreign film for 2014. The two directors, Shosh Shlam and Hilla Medalia, gained close up access to the intervention and treatment of three teenage boys whose exasperated parents sought help for their Internet addiction, in Beijing.

The three boys, Hope, Hacker and Nicky, were ultimately changed by the therapy they underwent, littlefoot which included three months off-line. It was a miraculous transformation that changed them from insufferable, anti-social jerks who were barely able to communicate with their families, teachers and classmates, into sensitive souls.

After the therapy, a kid who couldn’t be bothered to talk to his father, eventually changed into a touchy-feely hugger, who reunited with his father and tearfully said, “I love you, Dad.”

As amazing as the Internet and gadgets are these days, they can also be a big problem. It may seem smart for a two-year-old to be able to navigate an iPad, but we need to understand that child’s brain needs to develop social habits.

The social part of the brain will not develop if the child’s attention is fully taken up by gadgetry. And so it was with these three boys. They all suffered from stunted social development used to spending all their time playing computer games, and surfing on the Internet.

Web Junkie is a Chinese documentary about necessary tough love forced onto three young minds that each preferred virtual reality to connecting with others face-to-face. 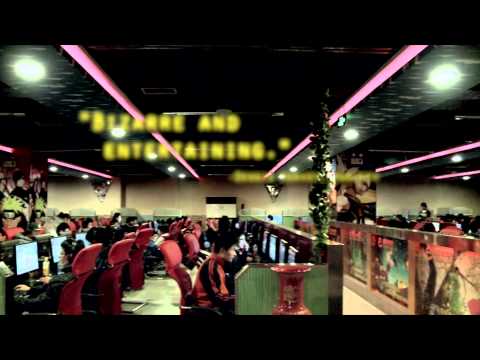 To order a copy of Web Junkie on DVD: http://www.amazon.com/exec/obidos/ASIN/B00PXDUIF6/ref%3dnosim/smallbusin0f7-20