Marie (Pauline Acquart) is passing away the lazy, hazy days of summer at the local municipal pool where she goes to watch her best friend, Anne (Louise Blachere), practice synchronized swimming every day. The sexually-awakening 15 year-olds, are social zeros who can barely contain the simmering passion they feel for the oblivious objects of their affection.

Anne has her eyes set on Francois (Warren Jacquin), a handsome lad on the boy’s squad. However, because she’s overweight, he barely seems to notice she even exists. Instead, he spends his time chasing flirtatious Floriane (Adele Haenel), the gorgeous captain who’s resented by her teammates but very popular with the guys. 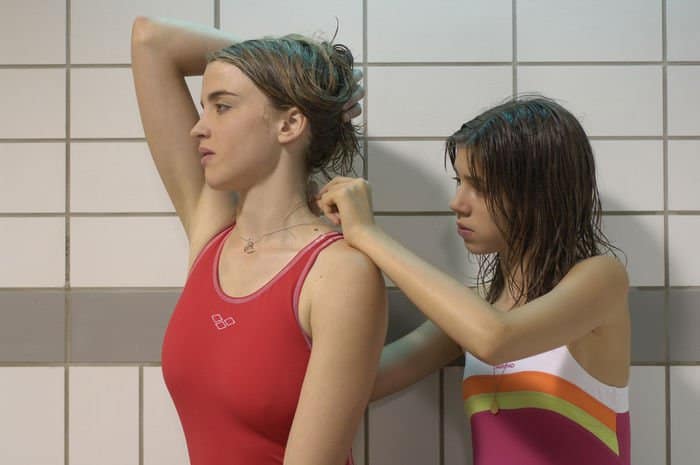 Meanwhile, the skinny and barely pubescent Marie has lust in her budding loins for the fetching Floriane, but the latent lesbian is yet to reveal her suppressed same-sex leanings to anyone, let alone the female whose body she craves. Initially, she is simply satisfied with striking up a platonic relationship with Flo, but that liaison proves frustrating as soon as she realizes she’s just being used as a cover for steamy evening rendezvous with Francois in an abandoned building.

Thus, raging hormones unchecked is the prevailing theme of Water Lilies, a tale of the loss-of-innocence set in an otherwise unremarkable suburb of Paris. With virtually no adult supervision in sight, this novel adventure explores teen libido and angst from a variety of introspective adolescent angles. 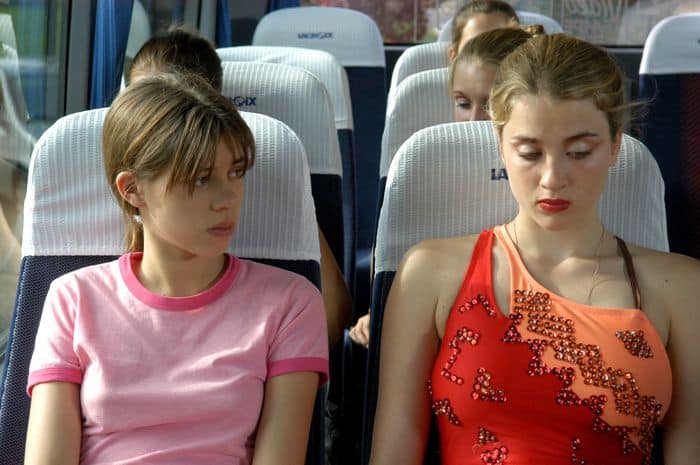 So, between carefully choreographed scenes of underwater ballet, we’re treated to the contrast of chaotic permutations of kids caught in the midst of burgeoning sexual identity crises. Ultimately, the film proves to be a female empowerment flick in that it focuses on the fates of its three leading young ladies.

The plot thickens when Floriane informs Marie that even though Francois has been pressuring her to have sex, she’s saved herself and remained a virgin. Since Flo hasn’t gone gaga over any boy, does that mean she might be gay or bisexual and that Marie therefore still stands a chance afterall? And does this also mean that Anne has a shot at stealing away her dreamboat, provided she’s willing to let him have his way with her?