A family drama set in the world of martial arts, but we never actually see this family together and the championship that is the focus of the story is played out in three rounds, one after another, by the end of which all tension is gone and it becomes the longest climax in movie fighting history.

Tommy Conlon (Tom Hardy) and his elder brother Brendan (Joel Edgerton) were separated when Tommy and his mother left to escape the abuse of his drunken father, Paddy (Nick Nolte). Years later, Tommy returns and asks Paddy to train him for a major winner-takes-all event in mixed martial arts. A former wrestling prodigy, Tommy blazes a path toward the championship while his brother, Brendan (Joel Edgerton), an ex-fighter-turned teacher, returns to the ring in a bid to save his family from financial ruin. 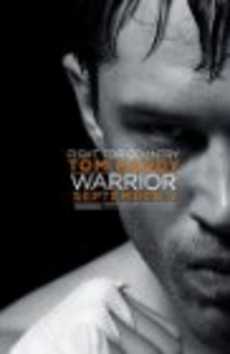 Everyone in this film is a good guy. Tommy is a war hero and plans to give the $5 million winning purse to a fallen marine’s weeping widow; Brendan is a devoted family man, risking his life to stop the family’s house being grabbed by the bank; Paddy drinks nothing stronger than decaff and is desperate to make amends to all. With the characters all stuffed with moral fiber, the demons have to come from elsewhere and, in this tale, it’s the back story. While holding a grudge against your ex-alcoholic father is heartless, it’s entirely possible, but two men holding a grudge against each other over a decision they made when they were boys is incredibly weak and leaves a yawning gap where the driving force of the story is supposed to be.

There are many other aspects to this film that don’t make sense. Tommy despises his father for having been an alcoholic but, after many absent years, turns up on his doorstep with a bottle of whiskey as a present, never explaining the real reason he has come. When Paddy visits Brandon, his son turns him away, despite the fact that Paddy’s been dry for four years and, confusingly, has met Brandon’s wife and the elder of his children which would have been when he was a drunk. An even bigger plot hole is Paddy’s absence from the ring in the actual championship. As he’s the trainer, he HAS to be there, but as the dynamic between the three has never been drawn, the writers had nowhere to go and perhaps decided to keep Pa away in the vain hope that no one would notice there was no one in the champ’s corner, sponging on the water and serving up the ice.

In any fight movie, it’s essential that our emotions are brought into the ring with the contenders. Rocky had to learn to believe he could win, which he eventually did, and in so doing made us believe in him; Randy ‘The Ram’ could only win in the ring which, for him, wasn’t enough, and we felt him being wrenched from our very arms, but in Warrior there’s no higher power at play, and when the brothers kiss and make up, it’s just because they do, and nothing more. It’s also never made clear who the warrior actually is, and as Nick Nolte is excluded from the happy ending and remains unforgiven, the honor should go to him because, after all, he not only completed the 12 steps but also put up with his two self-righteous, whining sons for two very long hours.