In the not too distant future, if it hasn’t already transpired, mega-corporations might replace nations as the world’s most powerful political entities. This is the state of affairs contemplated by War, Inc., a sophisticated satire directed by Joshua Seftel (Queer Eye for the Straight Guy).

The story reads like a logical extension of what some cynics say we have unfolding in Iraq, as it revolves around the efforts of a former U.S. Vice-President (Dan Aykroyd) to monopolize the economy of a mythical war-torn country, Turaqistan, on behalf of Tamerlane, an American company to which he has close ties. This scenario amounts to a thinly-veiled allusion to Dick Cheney’s ostensibly engineering lucrative no-bid contracts in Iraq on behalf of Halliburton and its subsidiaries. 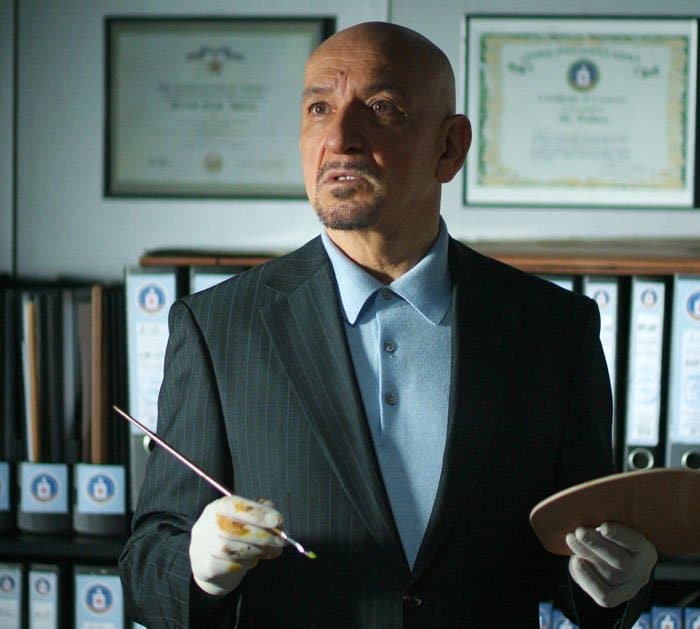 The fun starts soon after the ex-VP hires a mercenary, Brand Hauser (John Cusack), to kill Omar Sharif (Lyubomir Neikov), no, not the actor, but a Middle East oil minister representing Tamerlane’s primary competitor. Hauser is a burnt out hit man in need of a break, having just come from an assignment where he had to waste a bunch of beer-swilling Germans in a bar.

Upon arriving in Turaqistan, he is ushered into Emerald City, a heavily-fortified sanctuary suspiciously similar to the Green Zone. There, he is given a position with Tamerlane and a secretary (Joan Cusack) to provide a cover for his real reason for his being in the region. While awaiting an opportunity to eliminate Omar, he divides his time between wooing a leftist American journalist (Marisa Tomei) and planning the wedding of Central Asia’s current singing sensation, Yonica Babyyeah (Hilary Duff). 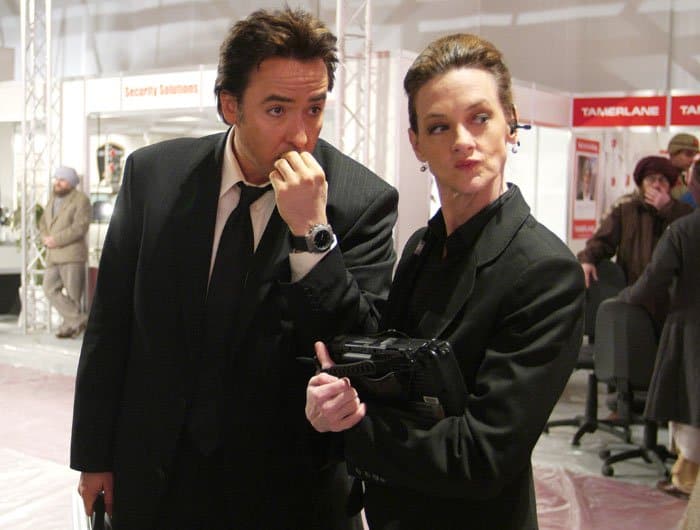 Like a campy cross of Dr. Strangelove and Wag the Dog, this celluloid anti-war screed serves up a mesmerizing melange of action, romance, slapstick, intrigue, gore, sentimentality, sensuality and sleight of hand when not offering pointed insights about the dire prospects for a corporatized planet. Fortunately, front man John Cusack’s face has finally matured to the point that it no longer has that boyish look about it. His ever-underrated sister, Joan, turns in one of her trademark nonpareil performances, and not to be outdone are either Marisa Tomei or the barely-recognizable Hilary Duff in her capacity as a musical Muslim moll.

As humorous as it is thought-provoking, War, Inc. is chock full of memorable moments, perhaps the best being the hand-to-hand showdown in the belly of a garbage truck between our reluctant hero and a worthy adversary (Ben Kingsley). Ever seen a villain trash compacted into submission? 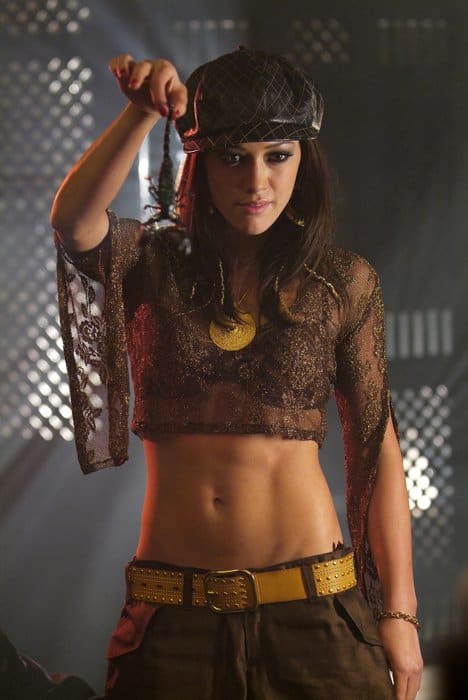 A preposterous, impossible to pigeonhole spoof which somehow satisfactorily adds up to more than the sum of its seemingly incompatible parts.