Drugs may be the contraband of choice in most modern, American crime capers, but this African adventure revolves around a present-day black market in petroleum.

The picture’s protagonist is Riva (Patsha Bay), a petty thief who has commandeered a truckload of gasoline across the Angolan border into the Congo with plans to resell it in his hometown of Kinshasa where the populace is in the grips of an oil shortage.

The trouble is that he isn’t quite ready to rise to his calling as a crook, for he soon becomes beguiled by Nora (Manie Malone), the red-headed, gun moll of a local mobster (Diplome Amekindra). And while he allows himself to be led around by the loins, he soon lands on the radar of her jealous boyfriend as well as a policewoman (Marlene Longange) and an angry Angolan crime boss (Hoji Fortuna) determined to recover his pilfered petrol.

Winner of a half-dozen African Movie Academy Awards, Viva Riva! marks the promising scriptwriting, directorial and producing debut of Djo Munga. The movie is most reminiscent of all those cheap-lookingblaxploitation flicks made by gangsta rappers searching for some crossover appeal back in the Nineties.

Given the omnipresence of such genre trademarks as graphic nudity and gratuitous violence, Viva Riva! certainly manages to keep your attention riveted to the screen. And since it simultaneously serves up a compelling storyline and does a decent job of character development, it’s worth checking out just based on the rarity of a movie with an empathetic black protagonist even being made about the Congo.

In French and Lingala with subtitles

To see a trailer for Viva Riva, visit: 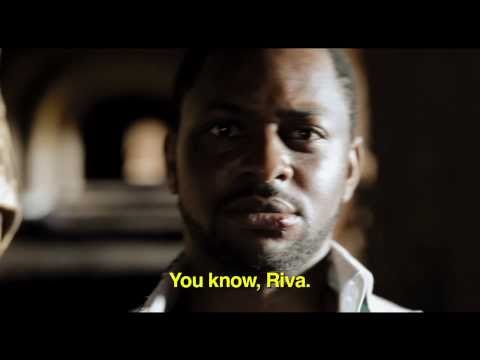