When Katrina Browne’s grandmother wrote her memoirs, one chapter revealed a long-suppressed secret, namely, that the DeWolf family had been the most successful slave traders in the entire United States. In fact, one ancestor, United States Senator James DeWolf of Rhode Island, had become the second richest person in America at the time of his death.

And he had been considerably assisted in that endeavor by none other than President Thomas Jefferson who appointed James’ brother-in-law in a critical position as a federal customs official. The family’s vertically-integrated business was run like a modern conglomerate and controlled every aspect of the evil enterprise from the ships to the plantations to the manufacturing of shackles to the barrels for transporting rum. 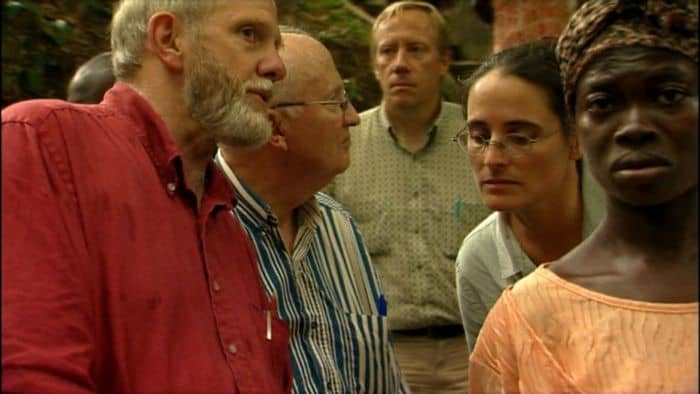 Katrina learned that long after the importing of slaves from Africa had at least technically been declared illegal, the DeWolf clan was still able to deal in human contraband because of its political connections. Hoping to come to terms collectively with this shameful stain on the family, she invited all 200 of her relatives back to Bristol to participate in a reunion to discuss just what this skeleton in the closet meant.

Unfortunately, 140 of them never even bothered to respond, ostensibly feeling it was best to let sleeping dogs lie. For owning up to having benefited from any ill-gotten gains could lead to a call not only for an apology for slavery but for reparations from the descendants of the victims. 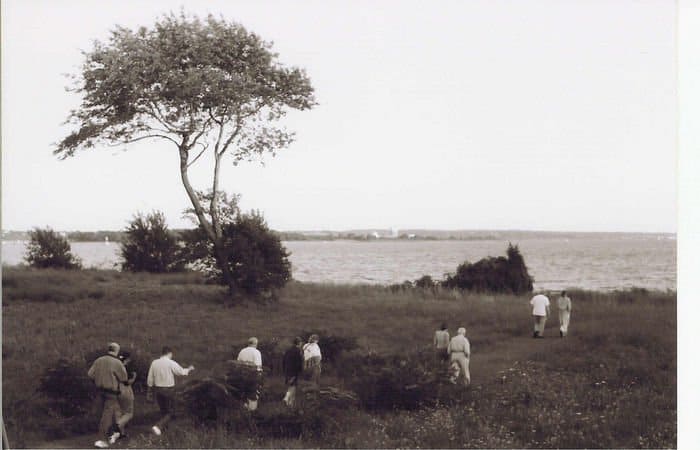 However, 9 more introspective relatives did take Katrina up on the offer, and that group convened in Rhode Island before embarking on an emotional journey retracing the triangular trade route covered by the DeWolfs ships from the U.S. to Ghana to Cuba and then back to the States. Their eventful sojourn was recorded by a camera crew, and the essence of that experience has been preserved by Traces of the Trade, a unique look at slavery from the perspective of Northern white beneficiaries.

Thus, we hear the close-knit kin recite a nursery rhyme passed down for generations, a catchy ditty about a couple of African children given by the DeWolf patriarch to his wife as Christmas presents. On another occasion, they reflect upon how as children they were taught never to talk about three subjects: “sex, politics and Negroes.” Meanwhile, they also acknowledge the advantages attached to being born American bluebloods, given that 9 out of 10 of their fathers attended Ivy League colleges: Harvard (5), Brown (2) and Princeton (2). 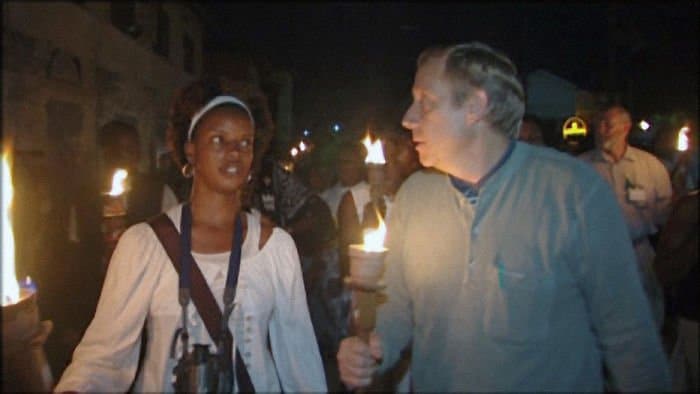 An eye-opening caravan undertaken by some refreshingly honest Caucasians willing to take an unblinking look at their slave legacy and the devastation left in its wake.

To see a trailer of Traces of the Trade, visit: http://www.pbs.org/pov/pov2008/tracesofthetrade/preview.html

Traces of the Trade premieres on PBS on P.O.V. on Tuesday June 24th at 10 PM ET. (check local listings)