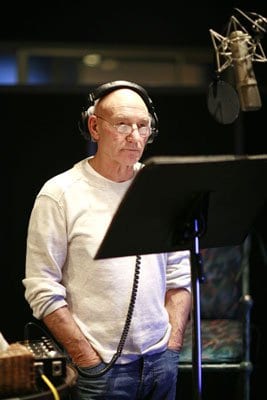 Cowabunga, Dude! The Mutant Ninja Turtles Are Back on DVD

The Teenage Mutant Ninja Turtles were originally created in 1984 by cartoonists Kevin Eastman and Peter Laird who conceived the characters as a parody of Marvel’s Daredevil, the New Mutants and other popular superheroes of the day. Their self-published, single issue, however, caught fire in its own right, and before long it was turned into a series by Archie Comics.

Over the intervening years the franchise has spawned an animated TV show, concert tours, a daily comic strip and a trio of live-action films. Meanwhile, the Turtles simultaneously became something of a merchandising bonanza, as the brand was extended into profitable product lines for action figures, video games, board games, skateboards, school supplies, clothes, toothpaste, cameras, cereal, pudding, gelatin, Pizza Hut Pizza, etcetera.

TMNT, a full-length animated adventure, revolves around the familiar antics of a quartet of swashbuckling, pizza-loving, reptilian ninjas named after Renaissance artists: Michelangelo (Mikey Kelley), Leonardo (James Arnold Taylor), Raphael (Nolan North) and Donatello (Mitchell Whitfield). These anthropomorphic, NYC sewer-dwellers have been trained in the martial arts by a rodent referred to as Master Splinter (Mako), their sensei and surrogate father. Plus, they are assisted in their every endeavor by April O’Neil (Sarah Michelle Gellar), an archaeologist who proves herself quite capable of handling a sword.

At the point of departure we learn that the Turtles have dispersed and grown apart since the defeat of their archenemy, The Shredder. This all changes when Splinter and Leonardo catch wind of the fact that Karai (Ziyi Zhang), one of his disciples, is now in cahoots with a billionaire (Patrick Stewart) to import some monsters from another dimension.

In formulaic fashion, it next behooves the boys to reunite and resume their crime-fighting ways to save the day, all courtesy of some cool CGI which represents a substantial improvement over their earlier incarnations’ relatively lame action sequences. While faithful fans might miss the quirky quartet’s trademark humor and old school special f/x, TMNT merely reflects today’s taste for edgier and more stylized superhero fare, and is thus likely to enthrall a whole new generation of Turtle consumers of product tie-ins.