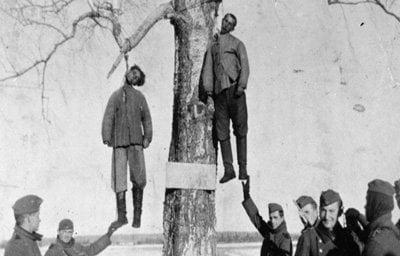 In the wake of World War II, most Germans have been raised with the mistaken belief that the Holocaust had been planned and executed by just a tiny minority of Nazis, namely, the Gestapo and the SS. The sad truth, however, is that Hitler’s philosophy of ethnic cleansing, as the Fuhrer so brazenly espoused in his frightening manifesto, Mein Kampf, had been enthusiastingly embraced not only by the entire military but also by most of the civilian population.

The long-suppressed proof of their widespread collaboration and participation was unveiled in The Wehrmacht Exhibition, a damning collection of photographs and film footage which toured Deutschland between 1999 and 2004. The show shook the country to its core, because it forced folks to face up to the fact that it took much more than a madman and his henchmen to wipe out six million. 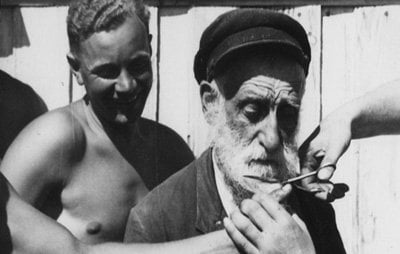 Directed by Michael Verhoeven, MD, The Unknown Soldier is a telling exploration of Germany’s present-day psyche, as his camera captures its citizens often explosive response to viewing The Wehrmacht Exhibition and thereby learning of the atrocities committed by their forbears during WWII. This might not be surprising to those aware of the reported rise of neo-Nazis and the accompanying explosion of anti-Semitism again across Europe as of late. 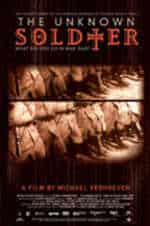 What is quite shocking, nonetheless, are all the snapshots and newsreels we see here of Jews being stripped naked and murdered on the spot or being herded together to be marched off to concentration camps by their sadistic, clearly smirking neighbors, often without the involvement of uniformed members of the Nazi Party. Even if you’ve watched archival evidence of the Holocaust before, anyone with a soul and a functioning conscience intact ought to brace yourself to be sickened afresh by this nauseating, if necessary, reminder of man’s inhumanity to man.

In German with subtitles.