Whenever there’s a public inquiry or hearing, it seems governments and corporations always come out looking even worse than we already thought they were. In The Tillman Story the military are included in the line-up and, by the end of this sorry tale, it becomes clear that the martial moral compass has become decidedly out of synch.

Patrick Tillman was a National Football League star who turned down a multi-million dollar contract in order to serve his country. He enlists for three years and is first deployed to Iraq and then Afghanistan. During a mission in Afghan terrain his unit is instructed to split into sections, he follows orders and leads his band of three up steep mountainside. En route they come under fire, but it’s not the Taliban firing the bullets, it’s their own unit and they’re a mere forty yards away. Tillman shouts out his section’s identification but a second attack is launched and America’s most famous volunteer soldier is fatally wounded. 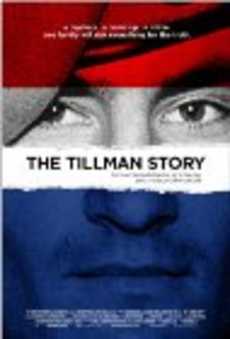 The Tillman family are initially told that Pat died in a Taliban ambush while trying to save the lives of his comrades and he is awarded a Silver Star for bravery. There is much trumpeting from the government about this soldier’s death and he, of course, becomes the tragic darling of the press. But, unfortunately for the government propaganda machine, someone anonymously sends an Associated Press reporter a copy of a memo that had been circulated among the upper echelons of both the military and the government and this missive makes it clear Tillman has been killed as a result of friendly fire.

For reasons that they will never admit, this information has been withheld from everyone outside the magic circle and the Tillman family are, of course, incensed. There follows a series of lies, denials, crass stupidity (the latter is unavoidable once Bush becomes involved) and discrepancies so vast it is inconceivable that a criminal investigation is not held. But it isn’t. The soldiers who fired the shots at Tillman’s group have never had to publicly answer for their deadly actions and are, strangely, hardly mentioned in this documentary.

The Tillman’s last try for justice is a congressional hearing but Don Rumsfield, the Emir of duckers and divers, will be heading the government team, so fact will undoubtedly continue to be smudged with fiction and is strategically on a par with putting the sharks in charge of the aquarium.