Naomi (Ania Bokstein), is no ordinary Israeli teen. The grieving daughter of a rabbinical community leader, whose mother has just passed away, the independent minded young woman is being pressured into an arranged marriage to dad’s favorite disciple. But she’s determined to go off and study the Talmud first, at one of the very few religious seminaries available to women.

And while Naomi’s lot in life has been preordained for her as a rabbi’s wife and the bearer of his children, it seems that she’d much prefer to be the rabbi instead, an apparent nonexistent aspiration. Painfully aware of her late mother’s chronically depressed unrealized existence as a woman tied to kitchens and cribs, Naomi was a child who identified with her father instead, going about stroking an imaginary beard on her chin while other girls confined their daydreams to future motherhood. 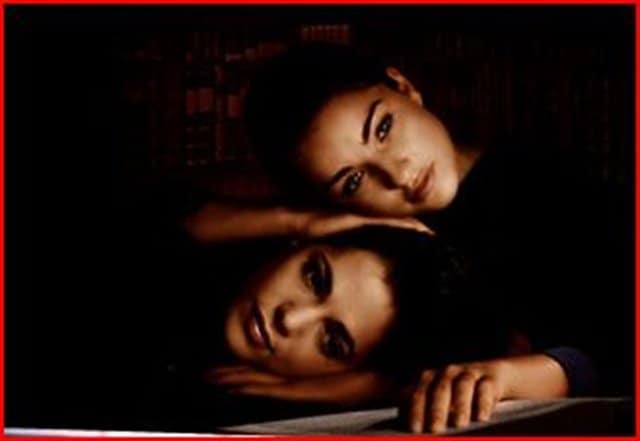 When her father begrudgingly grants her wish to attend the seminary before her marriage, Naomi heads for the insular, sexually segregated community where strictly same sex rituals and downtime revelry are teeming with homoerotic tendencies brimming just below the surface. There Naomi forms an intense bond with rebellious French free spirit Michelle (Michal Shtamler), an education in passion and revelation that vies subversively with her Talmudic studies.

And when the two girls are assigned by the school to charity work delivering groceries to a scorned village invalid, Anouk (Fanny Ardant), the Kabbalah teachings they apply in real life to the healing and redemption of this sexual outcast, awaken a mutually surprising sensual journey for the inseparable pair. And serve as both a dangerous break with rigid tradition and a defiant but fearful female liberation.

The Secrets is a mesmerizing excursion into an insular spiritual community, while candidly touching on its simultaneously euphoric and oppressive aspects. And though the story’s emotional elements extend for too long a time and reinforce some female sterotypes while leaving many questions unanswered about the mysterious Anouk who has so deeply affected these impressionable young women, the film conveys an undeniable alluring tenderness, however tragic.