One of the best episodes of The Little Rascals was the He-Man Woman Haters Club in which Spanky and the gang promised each other they’d never associate with girls only to have Alfalfa break the pact by falling head over heels for adorable Darla. The Lightkeepers, directed by Daniel Adams (The Golden Boys), is an adult-oriented variation on the same basic theme, a character-driven dramedy with a point of departure of June of1912.

The film stars Richard Dreyfuss as Seth Atkins, the lonely keeper of the Eastham lighthouse, located at the tip of a peninsula on Cape Cod. As the film unfolds, we find Seth living by himself, but it isn’t long before he has himself a male companion when John Brown’s body (Tom Wisdom) washes ashore. 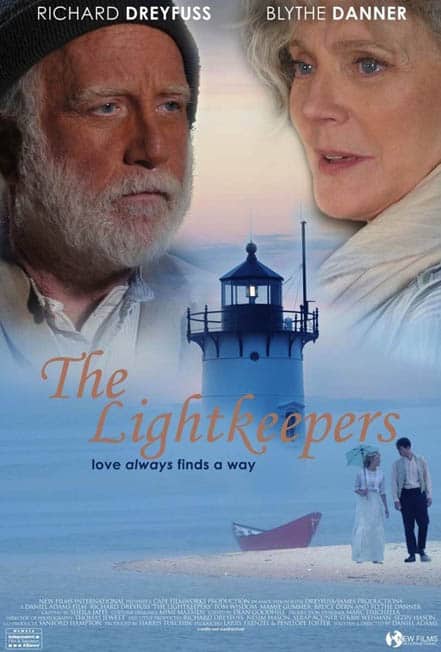 Once revived, the almost-drowned, young stranger claims to have fallen off a passing steamship, which is a good enough explanation for the crusty curmudgeon who could use a little company, given the distance to town. Better yet, when the pair get to talking, they discover they share a distaste for the opposite sex, having both been decidedly unlucky at love.

Seth has taken a vow of celibacy while John says he never even wants to see another woman for the rest of his life. So, this makes it easy for the frmer to hire the latter as his assistant, and the two peas in a pod agree to turn the lighthouse into a female-free zone. This understanding works great as long as there aren’t any within miles.

However, their plans for a testosterone-only oasis of solitude is ruined upon the arrival from Boston of Ruth Lowell (Mamie Gummer), a gorgeous, eligible young heiress accompanied by her equally-attractive domestic servant (Blythe Danner). It just so happens that the newcomers have rented a nearby beach cottage for the summer, and it is not lost on the audience that their ages quite conveniently match those of their misogynistic neighbors.

Thus, it’s no surprise when John’s hormones start to rage, and he’s soon taking long romantic strolls down the beach alongside the fair Ruth who’s appropriately attired in a tasteful outfit trimmed with pretty petticoats and a matching parasol. When Seth becomes aware of the sparks flying between them, the only mystery left is whether he’ll feel betrayed or simply fall prey himself to the womanly wiles of the fetching Ms. Bascom.

A pleasant, if predictable, period piece to be savored as much for the breathtaking seascapes as for the deliberately-paced romantic roundelays.

To see a trailer for The Lightkeepers, visit: 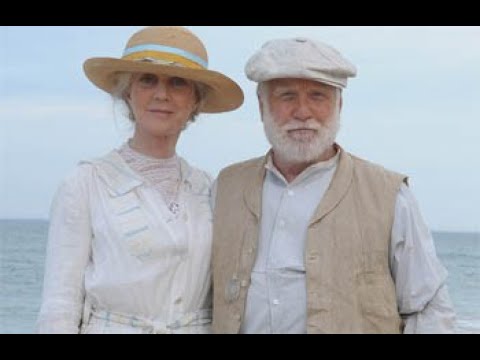