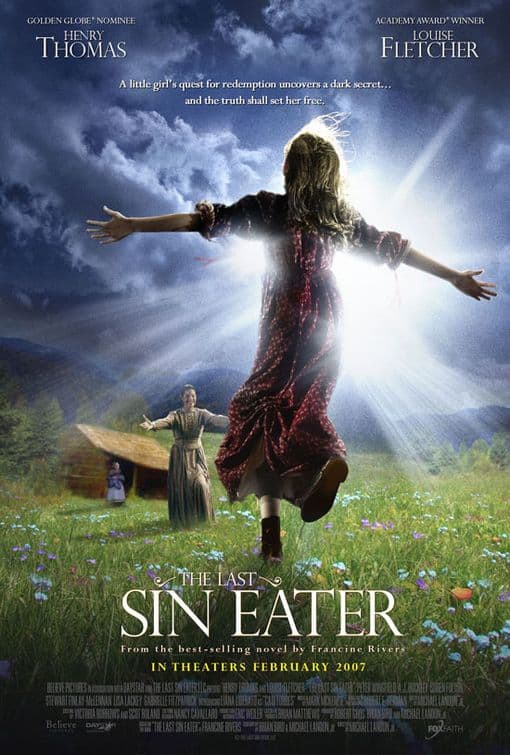 Ten year-old Cadi Forbes (Liana Liberato) has been plagued by guilt ever since the day that her little sister Elen (Molly Jepson) fell to her death off a tree bridge. Plunged to the depths of despair, the guilt-ridden girl embarks on a relentless search for forgiveness.

Because folks in her backwoods Appalachian community believe that a “sin eater” can cleanse the dead of their sins, little Cadi is hoping that this mysterious figure might do the same for her, except while she’s still alive. That relentless quest is the driving force behind The Last Sin Eater, a period piece based on the best-selling novel of the same name by Francine Rivers.

Set in the 1850s, this Christian-oriented tale of redemption comes courtesy of Fox Faith, a newly-created division of 20th Century Fox. The movie will undoubtedly resonate with the evangelical community, though it is not at all subtle as it delivers a very heavy-handed message about being Born Again.

Less a mainstream movie than entertainment aimed directly at believers and potential converts, the film even has tie-ins with a Bible study guide which is available at Christian retailers across the country selling specially-priced tickets. For this reason, it’s hard to critique the content of The Last Sin Eater independent of its indoctrination aspects.

So, suffice to say that though well-acted, and blessed with breathtaking panoramas and generally high production values, this religious-themed recruiting tool is really only recommended for those who consider Jesus their savior.