From the title, The Last New Yorker probably sounds like yetta nudder post-apocalyptic sci-fi flick. However, this bittersweet buddy adventure offers fare far more subtle and subdued than served up by that popular genre. Directed by Harvey Wang, this nostalgic romp revolves around a couple of very likable, lifelong best friends in their seventies.

Cantankerous curmudgeons Ruben Liebner (Dick Latessa) and Lenny Sugarman (Dominic Chianese) basically spend their days bellyaching about all the changes they observe as they waddle around their beloved borough of Manhattan. From the lack of civility, to the disappearing favorite haunts, to the crumbling city exoskeleton, to their own aging bodies, there’s not much left that either one of them is able to recognize anymore. 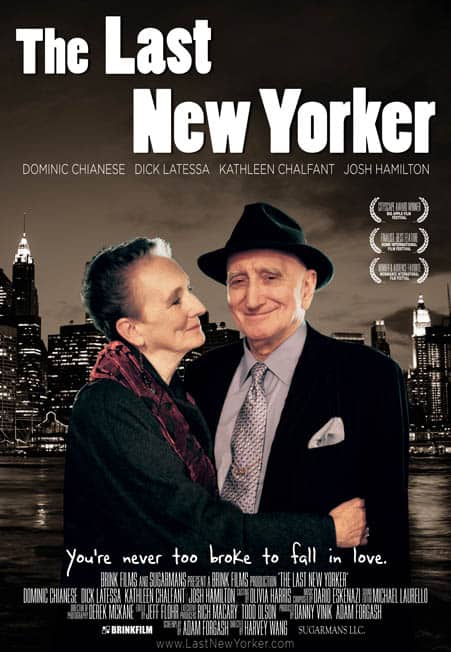 But at least they still have each other’s shoulders to lean on. Then, just as this deliberately-paced film is looking as though it might not amount to much more to it than a nostalgic homage to a bygone era before one or both of them passes on, the plot begins to thicken in surprising fashion.

The first disconcerting development transpires when Lenny learns that his retirement nest egg has been Madoffed, leaving him on the brink of bankruptcy. However, the cagey player is able to take it all in stride when that loss is counterbalanced by a more welcome distraction which arrives in the person of Mimi (Kathleen Chalfant), a beguiling, refined stranger he falls in love with at first sight from across a crowded deli.

This triangle creates the distinct possibility that Ruben might be the odd man out, especially if his suddenly-broke pal succeeds in his plan to sweep Mimi off her feet to relocate to a more affordable state to a trailer park with a waterfront view. Will the flattered female entertain the impassioned overtures of the frisky geezer? Who knows? Who cares!

Reaching the surprising resolution proves to be all the fun in this measured, minimalist masterpiece which is mostly a sweet homage to such rapidly disappearing Manhattan trademarks of yore as the neighborhood bar and the corner diner. Two men and a lady against a breathtaking backdrop.

To see a trailer for The Last New Yorker, 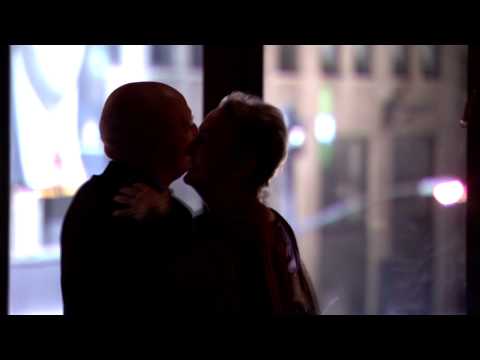