A 21st century remake three decades later of the Wes Craven bucolic class warfare in the woods with cellphones, The Last House On The Left is about an effective nerve shredding a horror thriller as you can get, but sad to say the view of humanity is troubling and distasteful. Faithful to the usual Hollywood premise that villains are much harder to kill than the rest of us, even when stabbed, shot and drained of blood, The Last House On The Left also toys sadistically with the wrongheaded notion that victims likewise harbor inner homicidal maniacs waiting to be set free.

The film opens with the escape of a felon on his way to prison, with a little help from his gleeful chopaholic pals who turn up on the scene. Switching gears abruptly, the story takes a sharp, well, left, to the sumptuous vacation home of a doctor (Tony Goldwyn), his wife (Monica Potter) and hottie teen offspring Mari (Sara Paxton ). When Mari and a pal head off with a mysterious, pathologically shy young man (Aaron Paul) to his motel to sample his weed, the fugitive and his maniac entourage show up, itching for a little terroristic torture of their fetching prey. 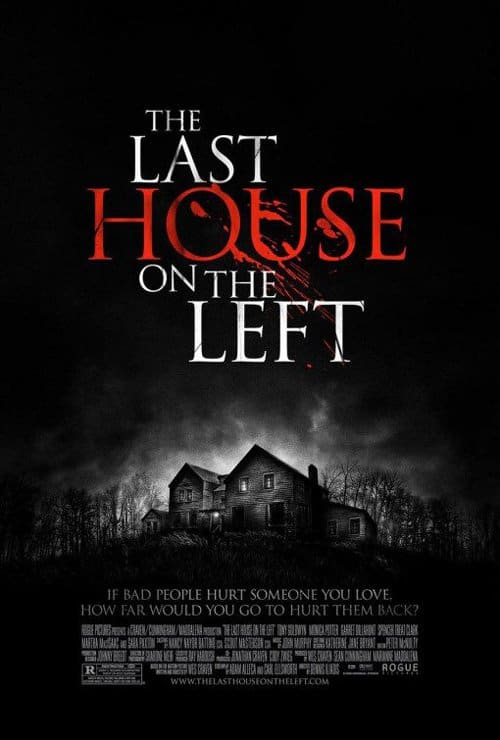 The Last House On The Left is undeniably super-scary B status gore, just when you thought that genre had been done to death, no pun. Though too bad such talent on the part of Greek director Dennis Iliadis satiates the perverse appetites of extreme horror fans, but otherwise comes up with a house quite empty.