Published by Khaled Hosseini in 2003, The Kite Runner is an endearing account of the childhood friendship of two young Afghani boys which unfolds against the backdrop of their country’s political turmoil, ranging from the fall of the monarchy to the war with the U.S.S.R. to the rise of the Taliban. Brought to the big screen by German director Marc Foster (Monster’s Ball), the book has been adapted as a relatively-simplistic, safely sanitized tale of camaraderie and betrayal leading to overwhelming regret and, ultimately, a chance at redemption. 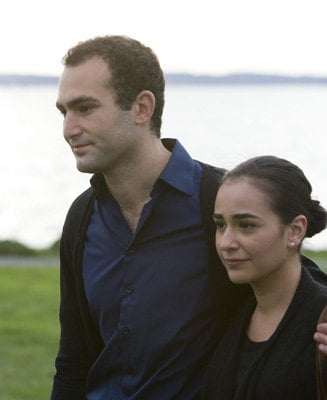 This flashback flick is mostly set in Kabul, but opens in post-millennial San Francisco, which is where we meet Amir (played as an adult by Khalid Abdalla), a recently-published author, about to return to his native Afghanistan. The movie then immediately shifts to 1978 to an adolescent Amir (Zekeria Abrahimi) flying kites with Hassan (Ahmad Khan Mahmidzada), the son of his father’s live-in servant.

Initially, the carefree children are depicted as inseparable playmates. They generally enjoy each other’s company and forge a powerful bond, despite their class differences. However, this all changes forever the day that Hassan is beaten and raped by a gang of older bullies. 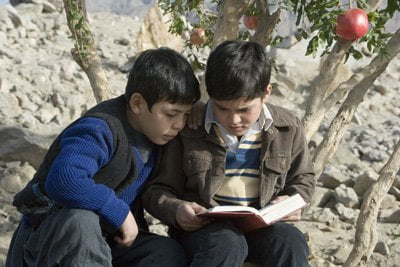 For, the traumatic incident was secretly witnessed by a fear-gripped Amir who failed to come to his buddy’s assistance or to run for help. That event permanently alters the boys’ relationship, and before Amir is mature enough to explain his inappropriate response or to understand his subsequent inappropriate behavior, he is whisked off by his father to the United States to escape the impending Soviet invasion.

Half a world away, the lad at first focused on assimilating in America without wondering much about the welfare of his old pal. But as his guilt gradually grew over the next 20 years, he came to be haunted by his past betrayal and to yearn for a chance to express his remorse.

That, in a nutshell is the arc of The Kite Runner, a picture which, unfortunately, fails to engage the audience on a visceral level, in spite of its earnest endeavor to tug on one’s heartstrings. Other than the colorful capture of the faux Afghani settings (actually shot in China), there’s not much to get excited about here. 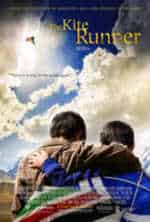 The screenplay emotionally-eviscerates before fairly faithfully following the source material’s essential plot points. By the time the closing curtain comes down, the supposedly touching resolution comes off only as an anticlimactic afterthought, rather than as the moving moment anticipated, a surprising rabbit out of the hat reveal notwithstanding.

Read the novel. Or better yet, go fly a kite!

In Dari, Pashtu, Urdu, Russian and English with subtitles.