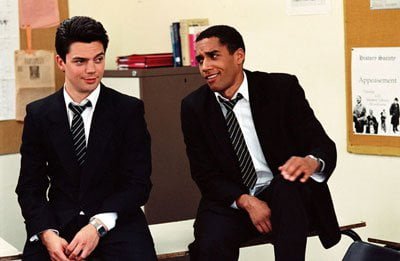 Hector (Richard Griffiths), a professor at an all-male prep school in Sheffield, is one of those rare teachers capable of shaking jaded adolescents out of the doldrums and capturing their imaginations sufficiently to inspire them to reach for the brass ring. Ala Robin Williams’ charismatic “Carpe Diem!” character in Dead Poets Society, Richard Dreyfuss’ in Mr. Holland’s Opus, and Kevin Kline’s in The Emperor’s Club, he’s another idealistic iconoclast dedicated to making a difference in the lives of his college-bound scholars.

Like those other role models, Hector is also fond of the classics and prone to pontificate with erudite asides and aphorisms. However, he is decidedly different from them in one regard, namely, he’s gay and can barely contain his attraction to handsome young boys. And despite a bowling ball physique and the demeanor of a rubbery eunuch, his overall package is apparently appealing enough to enable him to seduce some of the post-pubescent pupils in his class. 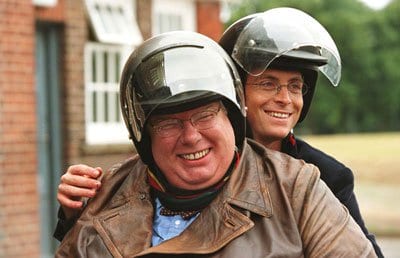 Other than this homoerotic angle, The History Boys doesn’t really have much new to add to the effete, elitist education genre. Set in the Eighties, the movie is a faithful adaptation of the Broadway show which netted a half-dozen Tony Awards including Best Play, Best Actor (Griffiths) and Best Actress (Frances de la Tour).

To his credit, director Nicholas Hynter managed to reassemble the same cast from his stage production, a feat which ensured the requisite chemistry necessary to disarm detractors of an arguably controversial picture which presents a pedophile somewhat sympathetically. Laced with witty repartee all leading to a touching, tearjerker finale, this moving, coming-of-age flick sticks close enough to the tried-and-true formula to win over any open-minded audience, its fatally-flawed protagonist notwithstanding.

Rated R for profanity and sexuality.

DVD Extras: Audio commentaries by the director and scriptwriter, theatrical trailers, previews, plus a couple of featurettes.