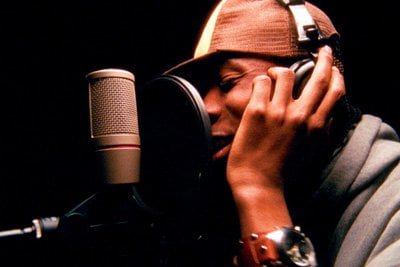 Chris ‘Kazi’ Rolle was born in the Bahamas where he was abandoned soon after birth by his mother who decided to start over on her own and set out for America. Understandably, Kazi grew up with a hole in his soul, and headed for New York City at the age of 14 to track her down.

But their reunion was to be short-lived and, at 15, the unwanted orphan was kicked out of the house and ended up having to survive by his wits on the hard streets of the Crown Heights section of Brooklyn. He temporarily joined a gang and turned to a life of crime until he hooked up with a program called Art Start.

This self-help group enables troubled teens to channel their frustrations positively by giving them a chance to express their emotions through the rhymes associated rap. The organization even has a recording studio in order to attract aspiring hip-hop artists, though with the goal of getting them to write about the real issues affecting their souls, not ghetto fabulous gangsta fantasies about guns, bling and black-on-black crime.

The upshot is that, with the help of Art Start, Kazi was not only able to heal himself and become a productive member of society, but he then started serving as a mentor to at-risk kids in need of help. This spiritual transformation is the subject of The Hip Hop Project, a warts-and-all documentary which pulls no punches about the prospects of those stuck in poverty while simultaneously making a powerful statement about human potential.

The camera is kind to the now 24 year-old Kazi in the winning way that it captures his infectious enthusiasm as he influences two of his proteges, Princess and Cannon. Pregnant Princess, whose father was recently arrested for drug possession, is writing a song about whether or not to have the child. Cannon, who we learn has been rapping on the subways since 1999, is despondent because his mother has just succumbed to multiple sclerosis without his having a chance to say goodbye to her. 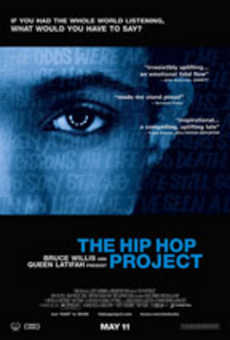 Despite their considerable disadvantages, the triumphant participants in the four-year operation prove that, as Kazi claims, “The criminal mind is a creative mind.” For they manage to channel their negative experiences constructively by collaborating on a meaningful CD containing insightful personal narratives which touch on a variety of universal themes.

As the closing credits roll, postscripts updating the current status of all the folks we’ve gotten to know leave you with a sense of satisfaction. Look for cameo appearances by producer Bruce Willis and Def Jam CEO Russell Simmons extolling the virtues of the organization. With 100% of the profits going to non-profit charities devoted to youth, The Hip Hop Project might be the first totally tax deductible movie.