The Doll is a bittersweet morality play which ever so subtly sheds light on the state of black-white relations in the South around the turn of the 20th Century.

Written in 1904 and later published as a short story in the April 1912 issue of the NAACP journal The Crisis, this touching tale was unique at the time in that addressed the issue from a black perspective. 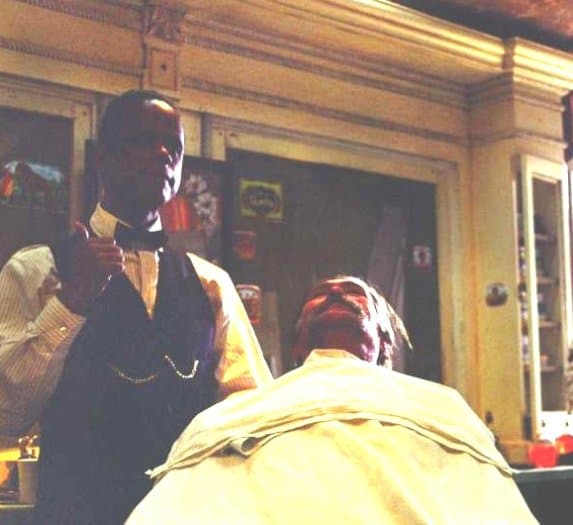 In this regard, America owes a debt of gratitude to its author, Charles W. Chesnutt (1858-1932), a masterful storyteller and political activist whose cultural contributions during the Jim Crow Era are belatedly being acknowledged during Black History Month. He is currently being honored by the U.S. Postal Service with a commemorative stamp in this year’s Black Heritage Series, as well as with celebrations in his name in his native Cleveland and elsewhere around the country.

The Doll has just been adapted to the screen by Duke University Artist-in-Residence Dante James, who won an Emmy in 2006 for his writing, producing and directorial work on the critically-acclaimed PBS series Slavery and the Making of America. Just under 20 minutes in length, the picture relates the internal angst of a black barber struggling to maintain both his equilibrium and his dignity in the face of overtly racist behavior intent on getting a rise out of him. 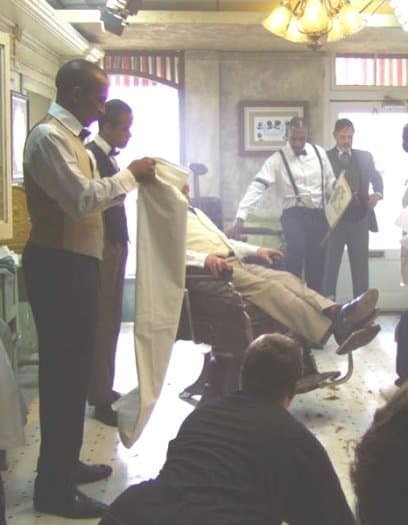 As the film unfolds, we find single-dad Tom Taylor (Clayton LeBouef) bidding his young daughter, Daisy (Monique Brown) adieu after promising to repair her damaged doll. He takes it with him to the barber shop where he soon has a couple of white customers, Colonel Forsythe (Jan Forbes) a Confederate Civil War veteran entertaining Judge Breeman (Carter Jahncke), a Northerner in town for a convention.

While liberally using the N-word, the Colonel brags about having once killed an ex-slave after Reconstruction and assures his concerned guest that blacks still know their place. This transpires while Tom is shaving the bigot’s neck, so he could easily use the blade to slice it wide open. 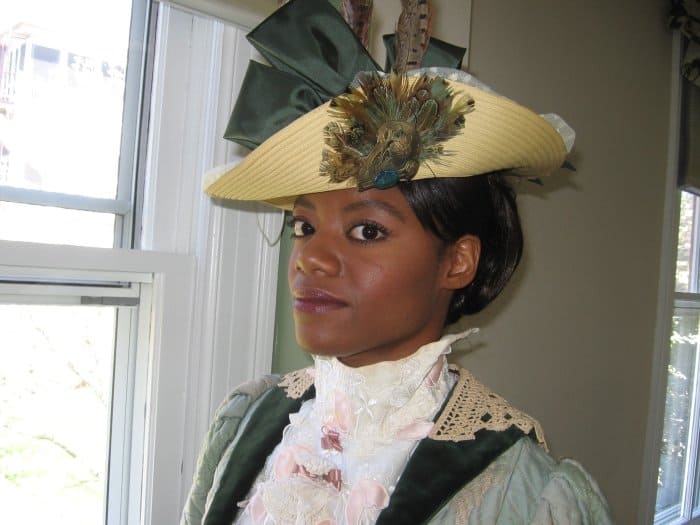 Considerable tension builds as he attempts to exercise restraint, mentally reminding himself that he has a daughter to raise, a girl who will need her father during her formative years. This taut, introspective scenario inexorably builds to a moment of truth where Tom must decide whether to turn the other cheek or to exact a measure of revenge.

Kudos to Dante James for a fitting cinematic interpretation of the Chesnutt classic which somehow manages to keep the African-American folk yarn as riveting, relevant and thought-provoking as the day it was written. 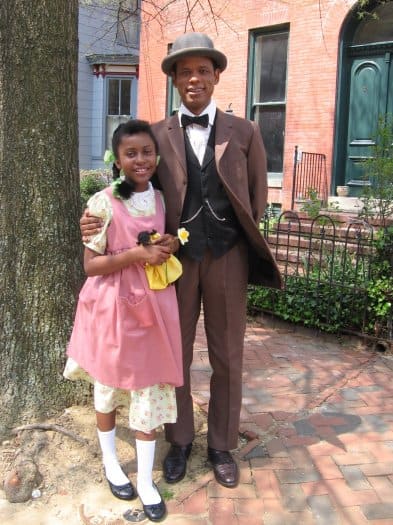 The Doll is available, along with a guide of classroom activities. To purchase a copy, visit www.DMDFilms.com.