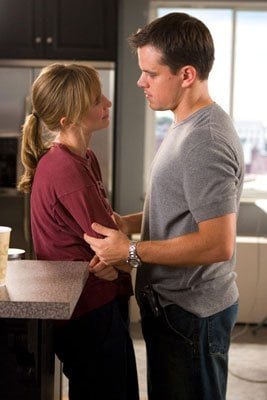 Massachusetts State Trooper Billy Costigan (Leonardo DiCaprio) is masquerading as an ex-con in order to infiltrate a ruthless, South Boston crime family run by mercurial mobster named Frank Costello (Jack Nicholson). Meanwhile, Colin Sullivan (Matt Damon), a Costello mole, has penetrated the same police department, quietly climbing the ranks till he became privy to the plans of the Special Investigations Unit (SIU), thus enabling his boss to keep a step ahead of the law.

Initially unaware of each other’s existence, Costigan and Sullivan frequently come close to crossing paths. The tension mounts as the police and the crooks gradually realize that their movements are being telegraphed to the other side by a saboteur. Thus, with discovery meaning almost certain death, Costigan and Sullivan find themselves caught in a high-stakes race to expose and eliminate the other first. They even unknowingly share a romantic interest in Madolyn (Vera Farmiga), a shrink who specializes in counseling cops.

There are also a plethora of peripheral characters lurking in the shadows including Captain Queenan (Martin Sheen) and Sergeant Dignam (Mark Wahlberg), Costigan’s only contacts in the Department. Then there’s Chief Ellerby (Alec Baldwin), Sullivan’s suspicious boss at SIU, and his doubting colleague, Officer Brown (Anthony Anderson). Over in the mob milieu, we find a motley mix of disposable mugs, most notably, Mr. French (Ray Winstone), Costello’s loyal henchman.

All these players participate in a complicated game of cops and mobsters in The Departed, a pressure-cooked crime caper directed by Martin Scorcese. Over-plotted and touching on every classic theme imaginable, the grisly gangster flick is actually a remake of Infernal Affairs (2002), the first in a graphic trilogy created by Hong Kong’s Siu Fai Mak.

Interpreted here as a quintessential Scorcese saga of Shakespearean proportions, this multi-layered mystery is a cinematic masterpiece unnecessarily marred by gratuitous gore. 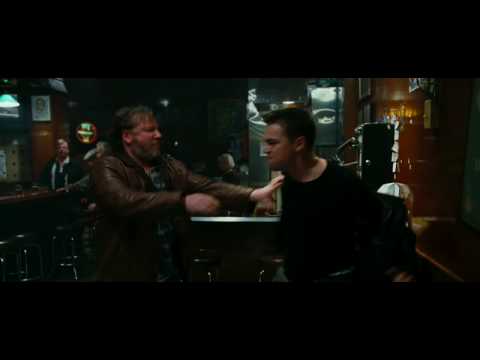