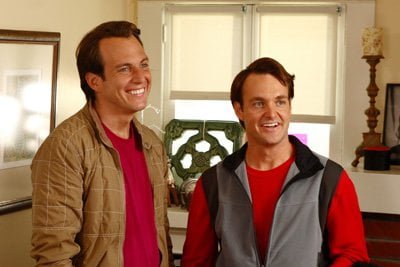 After their mother passed away while they were still very young, John (Will Arnett) and Dean (Will Forte) Solomon were so inconsolable that their father, Ed (Lee Majors) was willing to do anything to see his sons happy again. Because they wanted to live near Santa Claus, he agreed to move to the North Pole.

There, the doting dad ended up home-schooling the boys until each had earned a Ph.D. But being book smart is one thing, while being street smart is quite another. And having been raised in a remote area of the Arctic meant that neither John nor Dean ever developed much in the way of common sense or social graces.

Consequently, the anti-social siblings had no luck with girls, which wasn’t a big deal until their dad shared his dying wish with his doctor (Charles Chun) just before slipping into a coma. Upon learning that his last request was for a grandchild, the romantically-challenged dorks decide to focus on fulfilling their dad’s desire before he expires. 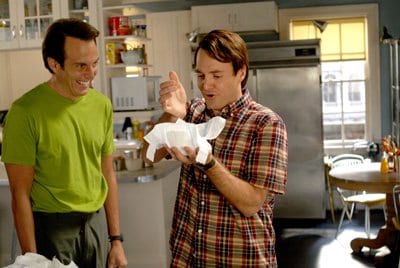 Desperate to mate, John and Dean proceed to make fools of themselves as they approach strangers and make impulsive overtures to mate immediately. This is the straightforward premise of The Brothers Solomon, a

be funny along the way.

The problems with the production are plentiful, starting with the fact that the lead actors fail to behave in a nerdy fashion. This is compounded by a farcical script which never makes logical sense. So what’s left? Slapstick abounds, such as the sight of a morbidly obese woman (Suzanne Wright) getting hit by a bus right after exhibiting elation at the prospect of becoming a mother. Hah-hah.

The plot thickens after Janine (Kristen Wiig) agrees to serve as a surrogate mom for the brothers, only to have second thoughts after she’s already being artificially impregnated. This situation is further complicated when news of the arrangement reaches the ears of her foul-mouthed boyfriend, James (Chi McBride), a plus-sized janitor with a bad attitude. 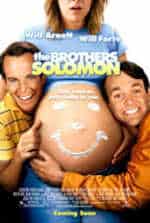 The plot relies on a big twist which arrives when the newborn turns out to be half black, a surprise which John, Dean, and their conveniently coming out of the coma father all take in stride, given that, as a result of the ruse, they still don’t have an heir. Yet, they make peace with the predicament, and even think it’s cute when the infant utters his first word, “F*ck!” thus leaving no doubt that James must be the father.

A bomb for bigoted ignoramuses inclined to believe the worst about black babies from birth, as if certain bad behavior is inherited.