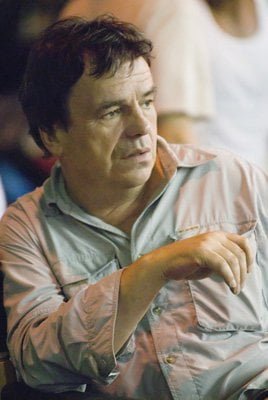 David (Naveen Andrews) and Erica’s (Jodie Foster) impending wedding plans are irreversibly altered the night they’re robbed of their pet, money and jewelry by a gang of thugs while walking their dog in Central Park. David dies from the sadistic beating doled out by the creeps, while his fiancee’ is left comatose.

After recovering from her wounds in the hospital, Erica is initially too paralyzed by fear to return to her work as a talk show personality on WNKW, an NPR-equivalent radio station in New York City. In fact, weeks later, she remains so totally devastated by the tragedy, emotionally, that she can’t leave her apartment.

When she finally does summon up the courage to venture outside, she heads down to the police station just to find out whether her assailants have been apprehended yet. While sitting in the precinct’s waiting room, it becomes readily apparent that she’s little more than a statistic and that cracking the case is not high on the department’s agenda. 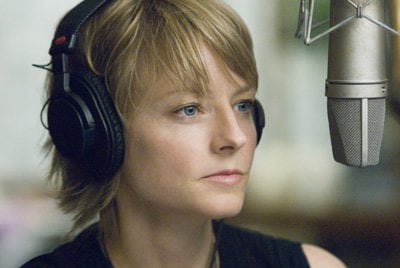 Scared at the prospect of encountering the criminals again, Erica opts to purchase a pistol at a gun shop to protect herself. But to add insult to injury, she finds that she can’t exercise her Second Amendment right because of a 30-day waiting period to run a background check. At her wit’s end, she makes the fateful decision to resort to the black market, which is where she finds a 9mm semi-automatic, no questions asked.

Armed and emboldened, Erica proceeds to devote her evenings to roaming the seamy underbelly of the city in search of the perpetrators. And she gradually morphs into a monster with no qualms about dispensing a deadly brand of instant justice to muggers, molesters, rapists, spouse abusers or any other outlaws who cross her path. Meanwhile, by day, she resumes her duties on the airwaves as host of “Street Walk,” though subtly changing the theme of her program to reflect a simpatico with the anonymous vigilante who has all of New York abuzz.

This is the familiar-sounding premise of The Brave One, a raw-edged revenge flick which takes most of its cues from the Charles Bronson classic Death Wish (1974). Directed by Oscar-winner Neil Jordan (for The Crying Game), the movie also has elements evocative of a couple of radio-driven psychological thrillers, Choose Me (1984) and Play Misty for Me (1971).

Jodie Foster turns in her best performance since Panic Room (2002), here, imbuing her cold and calculating killer with a contemplative side seldom seen in such tales of vengeance. Of equal import to the picture’s success is Erica’s cat-and-mouse relationship with Oscar-nominee Terrence Howard (for Hustle & Flow). He plays a recognizable character associated with the genre, the conflicted NYPD Detective tempted to look the other way as Erica takes the law into her own hands.

Given that the flawed script is riddled with lines which would sound false coming from the mouths of less gifted leads, Jordan should thank his lucky stars for the presence of Foster and Howard and the rest of his gifted ensemble. His gifted support cast includes Oscar-winner Mary Steenburgen (for Melvin and Howard), Nicky Katt, ex-NBA star Dean “The Dream” Meminger, and Zoe Kravitz (daughter of Lisa Bonet and Lenny Kravitz). 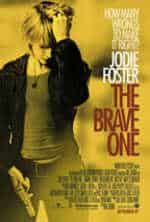 New York as a metropolis where you have a close brush with death every five minutes. Hence, the presence of a gun-toting heroine indulging in a cerebral bloodsport guaranteed to get you roaring approval during the denouement as she exacts the ultimate retribution.