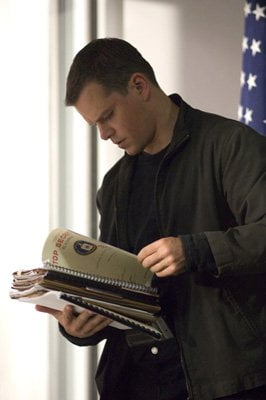 Jason Bourne (Matt Damon) is a man without a past. After being found floating in the Mediterranean off the coast of Italy several years ago, he has been on an earnest quest in search for his identity. Suffering from amnesia since he came to, all he knows is that he’s a CIA-trained assassin and that, for some reason, the Agency now wants him dead, and is willing to go to great lengths to silence him permanently.

Consequently, Bourne spends most of his time on the run, desperately trying to survive while simultaneously ferreting out clues about who he is and why he is considered such a threat to U.S. security. Although he’s successfully engaged all his attackers, he wasn’t able to prevent a goon from taking a hit out on his girlfriend, Marie (Franka Potente), a murder he avenged in the previous picture.

Since one of the staples of the action adventure genre is the presence of a fetching female for the chivalrous hero to protect, The Bourne Ultimatum flips the script by having CIA Agent Nicky Parsons (Julia Stiles) suddenly switch sides. Otherwise, the movie unfolds much like the previous editions of the spine-tingling franchise, and measures up to both in terms of intrigue and intensity. 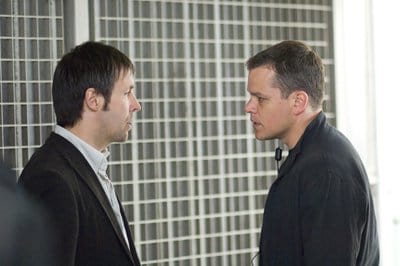 At the point of departure, we find Bourne under the radar in Russia but about to be outed in England by a front-page story in The Guardian. After its publication, he ventures to England to track down the investigative reporter (Paddy Considine) about the sources on which the article’s speculations were based. Unfortunately, the CIA already has the journalist’s office near Waterloo Station staked out and someone puts a bullet in his head before he has a chance to talk.

The incident flushes Bourne out of hiding, and so kickstarts the latest manhunt which will have our peripatetic protagonist perambulating the planet, eluding and eliminating enemies across Paris, Madrid, Turin and Morocco as he collects clues which lead to a big showdown in New York City. This go-round Bourne must match wits with worthy adversaries in CIA director Ezra Kramer (Scott Glenn), internal investigator Pamela Landy (Joan Allen), special ops chief Noah Vosen (David Strathairn), field agent Paz (Edgar Ramirez), plus all the savage spies he can handle in wave after wave of all-out assaults. 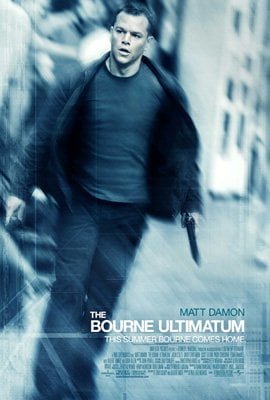 The post-9-11 plotline is designed to question the CIA’s rationalization of resorting to rendition and suspect interrogation tactics in the age of the Patriot Act. But despite these politically-conscious pretensions, when push comes to shove, Bourne 3 basically remains a stunt-driven, Matt Damon vehicle about a relentless killing machine without a memory caught up in manic, mindless mayhem not of his own making.

How much harrowing paranoia can you handle?