A “terminally mawkish tearjerker” the Independent.co.uk reviewer called “The Best of Me,” in other words, an exaggerated fake sentimentality. If it was fake and exaggerated, was it really a tearjerker?

Well, lets see how we work that out. The real test of a good tearjerker is to see whether or not it moves you to real tears. In spite of me fighting against it, this movie did manage to make me cry.

All the way through, this film’s considerable structural flaws had me criticizing it. First, there was the questionable casting, followed quickly by the farfetched storyline and one humdinger of a reveal. Even with all of those faults, as the closing credits rolled on the screen, I found myself wiping my eyes, something I certainly did not expect. It was a sure sign that this manipulative melodrama, that has been calculated to open the floodgates had achieved its goal. It was a tearjerker. 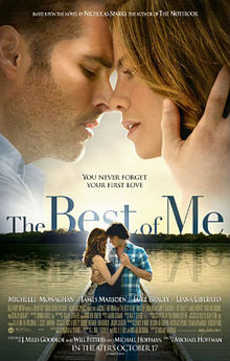 Directed by Michael Hoffman (The Last Station), “The Best of Me” is loosely based on the Nicholas Sparks’ best seller of the same name, published in 2011. Nicholas Sparks is a prolific romance novel author. He has penned 18 so far, and half of them have been adapted to the big screen. The most notable of these is “Message in a Bottle,” in which a woman discovers a tragic love letter in a bottle on a beach, and tracks down the author. Others are already in the works.

“The Best of Me” stars James Marsden as Dawson Cole and Michelle Monaghan as Amanda Collier, former high school sweethearts who haven’t seen each in decades. Set in Oriental, North Carolina, the teenage versions of these two characters are seen in a series of intermittent flashbacks played by Luke Bracey and Liana Liberato, who look nothing like their older selves.

The scene opens in the present, as Dawson, who never married or attended college, is employed on an oil rig off the coast of Louisiana. A deepwater explosion blows him off the hundred-foot high platform and turns the Gulf of Mexico into a sea of fire but he manages to survive. Not far away, Amanda is living in the lap of luxury in Baton Rouge, married but miserable. She has stuck it out for 18 years with an abusive alcoholic, played by Sebastian Arcelus, for the sake of their son, played by Ian Nelson.

Dawson and Amanda are reunited in their tiny hometown for the funeral of Tuck (Gerald McRaney), a mutual friend with a posthumous agenda. Tuck named them both in his will, aiming to orchestrate a reunion of the star-crossed lovers he considered were meant for each other.

Sparks fly, but the question is: will they share more than a one-night stand?

The Best of Me

Rated PG-13 for sexuality, violence, brief profanity and some drug use

See a trailer for The Best of Me: 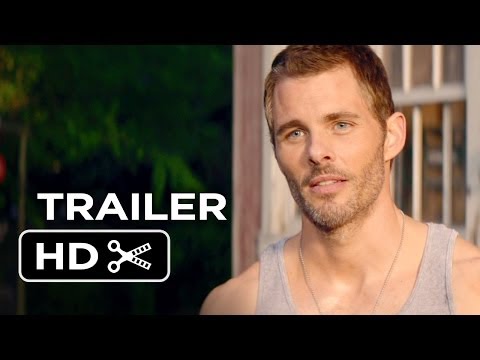