Movies this year were if nothing else, colorful. From black swans to blue valentines and Red’s Bruce Willis into rowdy elder espionage too. But if there was one prevailing theme during these stressful financial times, it was the desperate quest for money and jobs, or the lack of either. And what most divides us socially and economically, for better or worse in creative value, whether we’re talking speech defects, race horses or the boxing ring. So, in no particular order, here are my ten favorites, along with the usual end of year gripes:

1. THE COMPANY MEN: You’re likely not a company suit as these unfortunate upscale devoted drudges unceremoniously axed during this financial crisis. But you don’t have to be hanging around their country club golf courses, or even a guy, to feel the immense pain, humiliation, self-blame and rage that The West Wing and ER television producer turned first time filmmaker John Wells elicits from this top notch ensemble cast counting Ben Affleck, Tommy Lee Jones and Chris Cooper. And though the drama derails when it comes to offering a path out of economic despair, and Hollywood celeb Kevin Costner doesn’t quite cut it as a salt of the earth carpenter, the exhilarating sense of collective blue collar pride in contrast to ex-corporate blues, could not feel more genuine. 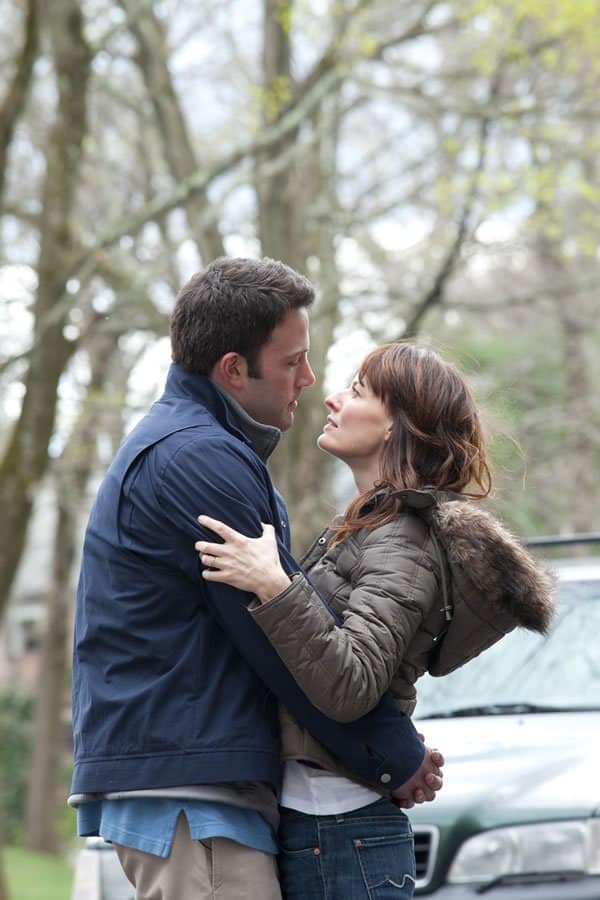 2. 127 HOURS: Though not exactly qualifying as entertainment, Slumdog Millionaire director Danny Boyle’s grueling recreation of free spirit wilderness wanderer Aaron Ralston’s canyon ordeal as he finally resorts to cutting off his own arm pinned on a rock to save his life, is strangely mesmerizing. This is because while James Franco as Ralston beats himself up without mercy for his art, the breathlessly striking images, despite some unnecessarily repetitious or only partially explained dream sequences aside, inventively upstage the horror as they unreel as a vibrant lifeline from inside the forlorn, at death’s door hiker’s head.

3. CONVICTION: Hilary Swank lives and breathes with a singular fury and passion the role of real life superhero Betty Anne Waters, a high school dropout raised in foster homes who put herself through law school to legally free her innocent brother Kenny (Sam Rockwell) from a life sentence for murder. And though far from a complete presentation of what transpired in this both terrible and infuriating instance of small town police corruption, the film is a thoroughly disturbing and stunningly conceived legal thriller.

4. MACHETE: Turning all known manifestations of the classic western on their heads when not simply decapitating them in droves, Machete detonates the battle around immigration like no Tea Party rally ever could. Sauntering under the INS radar as an undocumented day laborer in a Texas border town, Danny Trejo’s weathered, sulking Machete finds himself improbably juggling three radically sensuous rebel women, including Jessica Alba, Michelle Rodriguez and Lindsay Lohan’s eventual nun with guns. Similarly turning up for off-the-charts, literally slice of lives comedic mischief is Cheech Marin, as an armed to the teeth unconventional parish priest.

5. JONAH HEX: Okay, so lots of critics lined up to take potshots at this movie, but they were most likely western genre and comic book purists who tend to balk when their beloved original sources are tampered with. But as with Machete, this classic western subversive jaunt is for those who prefer their movies dark, no sugar. And is likewise a singularly unique tackling of a long taboo subject: The post-traumatic stress link between dirt poor Confederate grunts finding themselves on the wrong side of history, and Vietnam veterans. Josh Brolin’s disgruntled southern vet loner, seemingly in the grip of post-traumatic stress disorder following defeat in the Civil War, goes a long way towards defining who exactly were all those mysterious varmints and desperadoes into mayhem across the Wild West. With his surly supernatural gunslinger settling old scores, and new ones that may not have even arrived.

6. WOMEN WITHOUT MEN: This melancholy and poetically crafted drama about political struggle in Iran by Iranian born, NYC based female artist turned filmmaker Shirin Neshat, conceives of radio as a hypnotic call to arms steeped in magical realism, against mid-20th century oppression and colonialism in what was then the major oil producer on the planet. And links that past to current anti-Western sentiments that have swept across the Middle East, as originating in the British and US orchestrated 1953 coup in Iran against that country’s first democratically elected Mossadegh government. Events unfold through the disparate lives of four culturally oppressed women, one of them a ghost liberated from her grave, and as emotional parallels to the mass street protests in Tehran against a pending military coup being orchestrated by the Shah in collusion with the CIA back then.

7. THE AGONY AND THE ECSTASY OF PHIL SPECTOR: One of the greatest unsolved mysteries of the human psyche, is how enormously creative minds can do really bad things. And this face-to-face documentary about the musical genius, madman and murderer Phil Spector whose compositions from soul to rock have defined contemporary music, doesn’t disappoint though never quite penetrates that psychological enigma of the artistic imagination. But is without a doubt a musical treasure trove of the withdrawn eccentric’s immense, innovative creative outpouring. And a landmark documentary chronicling the breadth and depth of popular music in the 20th century, from Spector’s 1965 You’ve Lost That Lovin’ Feeling, to productions like Let It Be and Imagine for the Beatles.

8. HOLY ROLLERS: The movie that should be grabbing awards for Jesse Eisenberg instead of you know which one, Holy Rollers solemnly depicts the real life Brooklyn Hasidic youth who were lured into an international Ecstasy drug smuggling ring a decade ago, with their religious garb as a useful foil. And in no way as innocents, but somewhat gullible. Eisenberg surprises and impresses, conveying with remarkable compassion the emotional complexity of a character caught between a repressive, isolating orthodox religion, and the decadent forbidden temptations of the larger society surrounding his thwarted world.

9. HOWL: This hallucinatory biopic touching on the life and artistic obscenity trial of 1950s Beat Generation late poet icon Allen Ginsberg, deserves a shout out in turn for best animation and best hybrid amalgam feature. Even though too narrow in scope in its narrative interludes, delivered by James Franco as Ginsberg. Most grounded in this vividly realized screen tapestry is a recreation of the outlandish pronouncements about the definition of art taking place at the historic 1957 Howl obscenity proceedings. While interspersed throughout, are passionately inspired animated visuals conceived by eminent graphic artist, Eric Drooker. Along with an impressive Franco reading the poem to enthralled spectators in San Francisco alternative coffee houses, in no way precursors of Starbucks.

10. THE PERFECT GAME: The most thoughtful and inspiring children’s movie and sports flick this year. Based on real events that played out in 1957 when a ragtag Little League team from Mexico beat enormous odds to prevail in that year’s US world series taking place across the Jim Crow South, The Perfect Game is as much about sports trophies as a triumph over the rampant racism and sexism of the time. And that rare film for children presenting problem-solving solutions other than violence, while having much to impart to adults as well as kids about coping mechanisms in a not always welcoming world. The story is steeped in touching moments, including Lou Gossett Jr. as a baseball racial outcast who knows what it’s like to have a gift but live in the shadows of the professional sports world. Along with rebel Mexican iron foundry workers back home championing something equally important in life as a living, namely respect.

1. BEST LINE: Nick Nolte: No Exit: Nolte in surprise mode while being interviewed in this documentary: “I thought this was going to be a more mainstream interview. You know, for six year olds.”

3. GET SMART: On the other hand, education may be finally paying off for those famously shallow when not grossed out screen teens. For example: Easy A, True Grit, The Trotsky, It’s Kind Of A Funny Story, Children Of Invention and Princess Kaiulani. The latter a real life 19th century Hawaiian royal freedom fighter who scolds a guy hitting on her in the movie because, “Do you think you matter to me more than my country?” Move over, blue Na’vi warrior babes in Avatar.

4. NUNS ON THE RUN IN 2010: While priests have been cited for bad behavior in droves lately, it seems that righteously rebellious nuns were everywhere this year, battling for justice on the big screen. Unless of course the nuns were men, as when packing shotguns in The Town. Otherwise including Machete, Vision, Mother And Child, Lourdes, Hadewijch, and Knucklehead.